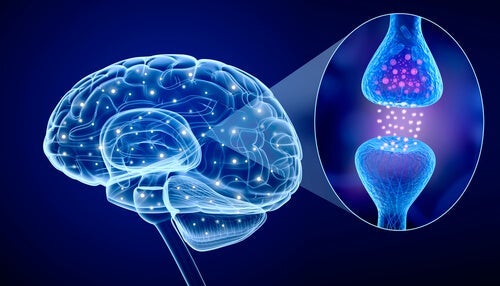 Did you know that Peter Abelard was a preeminent 12th-century philosopher? He was the greatest logician of the Middle Ages. During his life, he was equally famous as a poet and a composer. If people didn’t condemn his ideas, the world would also consider him a preeminent theologian. Most importantly, outside academic circles, his human qualities reflected his reputation, such as his love affair with Heloise.

There was a major difference between the 9th century, Carolingian Renaissance, and the 10th century. The former had lots of literary and intellectual activity, though the 10th century had few figures of cultural importance. In the 11th century, the monastic and cathedral schools of France produced many gifted thinkers. This reawakening was part of the social and cultural transformation of Europe during the 12th century.

As a matter of fact, the intellectual revival laid the foundations for scholastic philosophy and theology. Peter Abelard and Anselm of Canterbury were pivotal figures in the development’s early stages. Although they did recover most of Aristotle’s works, Abelard utterly contributed to philosophy and logic. For example, his solution to the problem of universals. His theological writings also had great influence, as well as his brilliant work on Christian ethics and his contribution to developing the scholastic method.

Abelard was born at Le Pallet in Brittany near Nantes in 1079, and his father, Berengar, was lord of Pallet. Since Abelard was the eldest son, they wanted to knight him and succeed his father. However, he sought an ecclesiastical career as a teacher and he taught in one of the cathedral schools flourishing in northern France.

He left his home when he was 15 and studied logic or dialectic under Roscelin of Compiègne. Abelard later went to Paris after teaching in many schools, where he wanted to keep studying under William of Champeaux. In fact, Champeaux led the cathedral school and archdeacon of Notre Dame. Peter Abelard was surely a difficult student. For example, he highly questioned his master’s method and conclusions. He raised points in class that embarrassed William in front of his students. According to Abelard himself, it was in such debate that he forced William to rethink his position on the question of universals.

In 1102, Abelard set up his own school at Melun, which quickly attracted students. On the basis of his growing reputation, shifted his lectures to Corbeil, closer to Paris. In 1106, poor health forced Abelard to visit his home in Brittany. He later returned to Paris in 1107 and taught at the cathedral school. Under pressure from William, Abelard moved his lectures to Melun, and later to the church of Ste-Genevi’e. The church was located on a hill on the southern edge of Paris.

He taught there until his parents entered into monastic life about in 1111. They forced him to return to Brittany to help reorganize family affairs. Although Abelard’s works in logic were written later in his life, his thinking on this subject formed early. It was in the early period of study and teaching. Eventually, Abelard produced two sets of glosses on the parts of Aristotle’s logic that were then known as Categories and De interpretatione. After glossing Porphyry’s and Boethius’ logical treaties, Abelard drew together this material in the extensive work entitled Dialectica.

The universals’ problem was a pressing philosophical question in Abelard’s day. It concerned the reality possessed by a universal concept, such as “man” or “tree”. Some thinkers approached the problem with Platonic presuppositions and gave a high degree of reality to the universal concept. According to this position, the universe exists in reality, though apart from the individuals.

This separately existing universe is the archetype and cause of the individual things that reflect it. On the other hand, the ultranationalist position maintained that the universal was only a concept in the mind. A term that conveniently relates to individual things. Apart from the classification, they have nothing in common. Peter Abelard took a different approach to this problem. He believed that they know such only via their experience with individual things.

According to Abelard, the quality that individual things in a class have in common is universal. Nonetheless, such a universe never exists apart from the individual thing. After his parents’ decision to enter religious life, Abelard sought theological instruction in Paris.

Journeying to the cathedral school, Abelard studied under the most renowned master of this subject, Anselm of Laon. Of course, as usual, he found the teaching boring. In response to the urging of his fellow students, he lectured on a scriptural book. They expelled Abelard from Laon, thanks to the breach with Anselm, and he went back to the cathedral school to teach theology.

His affair with Heloise

By mutual agreement of Abelard and Fulbert, a cannon at the Paris Cathedral, Abelard resided in Fulbert’s house. Sadly, he tutored his young, cultured, and beautiful niece Heloise, who he instantly fell in love with. After a few months, Fulbert discovered their affair, forcing Abelard to leave his house. At this time, Abelard was about 40 years old, and Heloise about 18.

However, Heloise soon found out that she was pregnant, and she left Paris with Abelard’s cooperation to have the child in the more secluded place. They went to the secure surroundings of Le Pallet, where Abelard’s relatives lived. She gave birth to the beautiful son, Astrolabe. Soon afterward, at Fulbert’s request, Heloise and Abelard married in Paris. The marriage initially was to remain a secret to protect Abelard’s reputation as a committed philosopher.

Besides, they wanted to leave the way open for his advancement in a Church career, though Fulbert was concerned. Not only about his own reputation, but also that of his niece. He openly acknowledged Abelard as his nephew-in-law. The marriage’s denial by Abelard and Heloise angered Fulbert. In order to protect her, Abelard sent her to the convent at Argenteuil.

Fulbert, thinking that Abelard tried to annul the marriage by forcing Heloise into religious life, was angry. He hired men to visit Abelard while he slept and emasculate him. This crime resulted in Fulbert’s disgrace and the attacker’s death. In fact, Abelard’s teaching career temporarily ended. Both he and Heloise adopted the monastic life, she at Argenteuil and he at St-Denis. This was the famous Benedictine monastery north of Paris.

Peter Abelard’s life at St-Denis was pretty difficult. Not only because of the disgrace due to his emasculation and his separation from the cathedral schools, but also due to the exposure of his affair. His subjection to the authority of an abbot was a new and unpleasant experience for him.

Since Abelard’s reputation attracted students, his abbot let him create a school separate from the monastery. Abelard’s resumption of teaching brought criticism from his rivals, such as Alberic and Lotulf of Rheims. They maintained that a monk shouldn’t teach philosophy, and his theological training was insufficient. They attacked his work on the Trinity, though he wrote it for his students at St-Denis. Alberic was instrumental in calling a council at Soissons in 1121.

Unfortunately, the council condemned Abelard’s work, placing him under “house arrest“. First, he lived at St-Médard, and then at St-Denis. Even further additional friction with his fellow monks forced Abelard to flee. He went to a priory of St-Denis in Provins, located in the territory of the Count of Chartres. He was friendly toward him. In spite of these reversals, Abelard still found time to write for his students.

Most importantly, he wrote his most famous work, Sic et non, in this period. He intended it as source materials for students to debate theological questions, yet there were conflicting quotations from earlier Christian authorities that were side by side. The introduction indicated procedures students should follow in arriving at a solution to the problems.

Although the work didn’t attack traditional authorities, it suggested reliance on authority should be combined with a critical examination. In other words, they should prove the theological issues, intention, and merits.

In 1136, Abelard returned to Paris to teach at the church of Ste-Genevi’e. He kept attracting students and opposition from Bernard for years. During this period, Abelard wrote a work on ethics titled the Socratic admonition, “Know thyself“. In this brilliant piece, Abelard stressed the importance of evaluating an action’s moral or immoral character.

In short, Bernard’s opposition provoked the second trial of Peter Abelard’s orthodoxy. Therefore, they convened a council at Sens in 1140, and it resulted in Abelard’s second condemnation.

The philosopher was convinced of his innocence, and he decided to take his case before the Pope. Although he began his journey to Italy, illness forced him to terminate his journey in Burgundy. While in Burgundy, he stayed at the Cluniac priory of St-Marcel near Chalon-sur-Saône. He was under the protection of his former pupil Peter the Venerable, Abbot of Cluny. He died on April 21, 1142.

“Scripture compares men who abandon themselves to the passions of this miserable life to beasts.”

The post Peter Abelard, Biography of the Preeminent Philosopher appeared first on Exploring your mind.

Helping the Elderly Stay in Their Own Homes