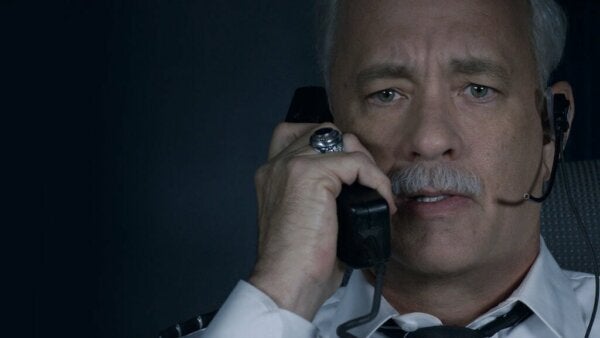 The mind is fascinating and mostly functions on prior knowledge. The way it works and what it comes up with are particularly interesting topics. It can store events that people will remember several decades later and it can also forget a memory just a few minutes later. It gets tired when you hold your attention for too long but can also automate a process in order to make room for you to multitask. It’s quite good at designing an equation to predict the future but also a slave to certain vices, such as not taking experience into account.

Thus, the mind can learn and unlearn, get excited, feel, and handle motivations so powerful that it can even set aside personal interests in favor of those of others. It can remain active while you sleep and be almost asleep while you’re awake.

“I’ve delivered a million passengers over 40 years in the air and, in the end, I’ll be judged on 208 seconds.”

Prior knowledge: what you don’t usually take into consideration

Three minutes into the flight, at an altitude of approximately 2.800 feet, the Airbus A320 hit a flock of geese, which disabled both engines. The situation was critical and the pilots had to make a quick decision.

They had to land, but where? The nearest airport was Teterboro. This is when the pilots made a surprising and controversial decision: to land on the Hudson River.

This decision resulted in no casualties. However, the National Transportation Safety Board launched an investigation into the incident and conducted various simulations. They said the pilots would’ve been able to land if they had directed the plane towards Teterboro, thus avoiding the dangerous maneuver of landing on the river.

Sully, directed and co-produced by Clint Eastwood, is the movie that tells this story. Tom Hanks stepped in the shoes of Captain Sully in order to bring the audience closer to the pilot. Through him, people experienced the distress of feeling questioned despite the experience that led him to make the right decision.

However, he had to find a way to convince the National Transportation Safety Board commission and refute their simulations. To do so, he analyzed the comparison and realized they forgot to include the most important variable: prior knowledge.

Judging from the present

Sully met the challenge posed by the commission by saying they hadn’t taken into account the fact that they already knew what was going to happen. Thus, he and the copilot had valuable prior knowledge to deal with a real situation.

The simulations didn’t take into consideration the reaction time when trying to recreate what happened. That is the number of seconds necessary to gather information about what was happening and to evaluate the alternatives.

The Commission proposed a new simulation that included this parameter. The result was a plane crashing into a building and most people being hurt. Thus, the technology proved Sully right and buried the shadow of suspicion that led him to a legal battle.

Once again, reality and fiction are a reminder of the human tendency to judge past and present and that prior knowledge can’t be ignored.

Prior knowledge in the classroom

Many years ago, a professor explained how he timed his exams. There was no room for reading the questions and understanding the problems in his detailed outline.

He assumed the students went into the classroom with the exam already read and understood, and that they simply had to find a solution. However, his students only knew the subject matter, not the exam. Just like the pilots responsible for the so-called “Miracle of the Hudson”, the former found themselves in a situation of alert or activation. However, they were unaware of the unforeseen events that the professor presented to them.

This is a rather extraordinary situation that happens every day in schools. Many professors don’t take the absence of previous knowledge into account. Thus, they elude the fact that processing a complicated situation involves extra time to solve it.

Here’s a trailer of the film Sully:

5 Films That Will Leave You Thinking for Days
Here are 5 movies that will leave you thinking. Next time you’re in the mood for an inspiring or motivational film, any of these will make the cut. Read on! Read more »

The post Prior Knowledge, the Forgotten Variable appeared first on Exploring your mind.

Ten Women Who Changed the World