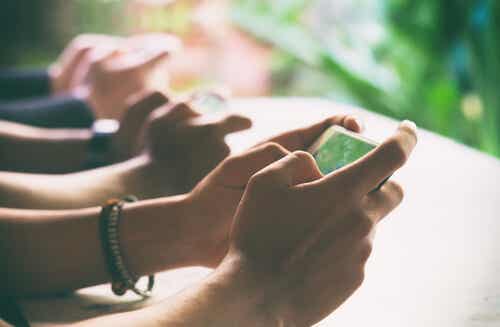 Did you know that experiential avoidance is an attempt or desire to utterly suppress unwanted internal experiences? For example, emotions, thoughts, memories, and bodily sensations. Approaching experiences is the opposite, as it consists of moving towards experiencing new things, even if they’re scary. Experts believe that this unwillingness to stay in contact with internal experiences underlie many unhealthy “escape” behaviors.

For instance, excessive smartphone use, substance use, risky sexual behaviors, and deliberate self-harm. Sadly, experiential avoidance increases the risk of post-traumatic stress disorder (PTSD) in people who experienced severe trauma. When you avoid experiences, you fail to learn how to deal with unpleasant emotions, which can lead you to become overwhelmed by them later on.

The idea is to purposefully put yourself in situations that challenge you a little at a time. This way, you’ll learn how to tolerate and cope with negative emotions, building the skills needed to thrive. To better regulate your behaviors, you need to work on stopping the unhealthy behaviors that produce negative emotions. Although negative emotions are inevitable, positive reappraisal can help you reframe a situation as more positive.

“A smartphone is definitely smarter than us to be able to keep us addicted to it.”

Smartphones are widely used across the world and have been an indispensable part of our daily life. Believe it or not, 7.9 billion mobile phone subscriptions are currently active worldwide. As one of the great achievements of science and technological development, smartphones provide many useful functions. For instance, calling, messaging, online shopping, and entertainment.

With the help of these smart devices, people’s interpersonal relationships and daily life quality improved. Besides, they also enhanced productivity in the workplace. Smartphones are highly portable and can be accessed almost anywhere and at any time. Moreover, there are considerable interesting applications (Apps) that you can install on this device. With these priorities, smartphones are the most preferred and frequently used communication instruments in modern society.

Thus, addiction to smartphones by individuals, especially teens, emerged as a significant social issue. Smartphone addiction is an excessive use with associated functional impairment. Addicts have symptoms found in substance use disorders such as withdrawal and tolerance. According to research, many physical and mental health problems are associated with smartphone addiction.

Additionally, the data suggest that sex plays a mediating role in the observed relationship between these variables. These results are utterly useful for understanding healthy and pathological interaction with smartphones. Similarly, they could be helpful in orienting or planning future psychological interventions to treat smartphone addiction.

Avoiding negative internal experiences is a natural instinct. However, psychotherapists dating back to Sigmund Freud argued that it isn’t good to avoid facing our emotional experiences, as it can negatively impact our mental health and behaviors. In the 1990s, psychologists began referring to these avoidance and escapist behaviors as “experiential avoidance”.

In other words, experiential avoidance is a coping style that may perpetuate problems or produce new ones. For example, trying not to feel anxious may perpetuate anxiety instead of allowing it to dissipate.

In 1996, psychologists from the University of Nevada wrote something thrilling in an important study. They wrote, “Many forms of psychopathology aren’t merely bad problems. They’re also bad solutions, based on a dangerous and ineffective use of emotional avoidance strategies”. Since then, scientists and researchers associate experiential avoidance with:

Unfortunately, researchers believe that emotional avoidance increases a traumatized person’s risk of developing and maintaining PTSD. For example, a study published in 2014 found something interesting. Abused children were much more likely to develop PTSD if they tried to avoid painful thoughts or negative emotions after the abuse, rather than talking about their negative feelings. Emotional avoidance strategies may explain why 40 percent of abused children develop PTSD in their life. Nonetheless, the other 60 percent don’t develop PTSD over the course of their lives.

As we mentioned above, the opposite of avoidance is acceptance. Acceptance and Commitment Therapy is a famous behavioral psychotherapy. They developed this genius therapy to reduce experiential avoidance. ACT is based on the idea that suffering doesn’t come from the experience of emotional pain.

On the other hand, suffering comes from our attempted avoidance of that pain. Its overarching goal is to help people be open to and willing to have their inner experiences, while focusing their attention not on escaping or avoiding pain, as this is impossible to do. Instead, on living a highly meaningful life. There are five goals of ACT:

“Beware of your kid’s screen consumption time. It’s a matter of life and death – of psychological life and psychological death. Raise them in a way that they don’t lose their sense of community in the fake crowd of hashtags and emojis.” 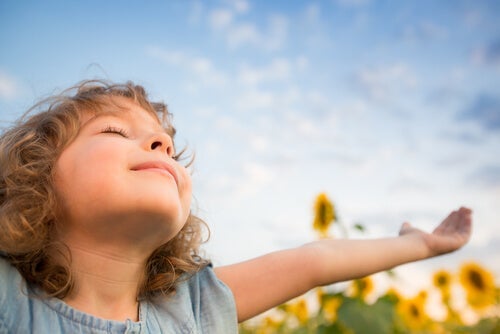 Six Alternatives for Summer Plans with Children
What happens when you have to adapt your summer plans to include children? No worries, they can still be all about sun and relaxation. Read more »

The post Experiential Avoidance and Excessive Smartphone Use appeared first on Exploring your mind.