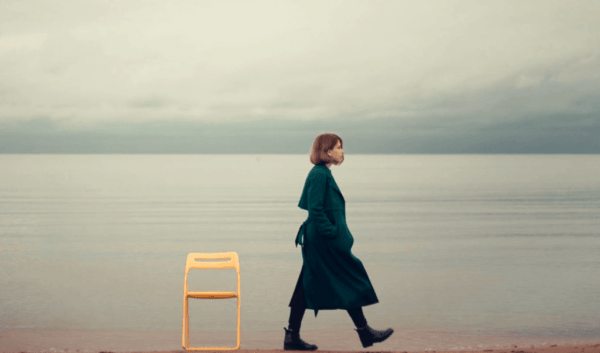 Individualism in a romantic relationship is a common phenomenon and can be quite disheartening for some. Its motto: “You go home, I go home. Make your own plans, I already made mine. Solve your own problems, I’ll take care of my life”.

Independence within a relationship can be positive. You should definitely have your own space as an individual. It seems that society is at a point in which healthy individualism leads to damaging selfishness. Some people only care to look after their own welfare.

Extremes are never good, although these unhealthy poles seem to abound in excess in recent years. Psychologists and sociologists call these people “super singles”. This is because they only care to satisfy their own needs. Far from building mature, adult, and conscious bonds, these people only seek their own happiness, conferring an almost childish ego.

Maintaining a certain individualism in a love relationship is healthy up to the point where the other person is only an instrument to use when it’s convenient.

“Current relationship status: Made dinner for two, ate both.”

The causes of individualism in romantic relationships

Individualism wouldn’t be a problem if both partners wanted it that way. Everyone’s free to build any kind of bond they want at any time, as long as their partner agrees to it. There are polyamory, weekend couples, and many other types of relationships that can be gratifying when previously agreed upon.

However, people often find themselves in situations they hadn’t foreseen or imagined. They may suddenly find themselves in a relationship with someone who constantly makes excuses about the idea of moving in together. These people only take their own problems, points of view, and needs into account. Some seldom validate other people’s feelings and only theirs are important.

Some people say that couples should begin with a trailer, like in the movies, to know if it’s worth it or not to start that relationship beforehand. This is because having an individualistic partner is basically like being with someone with a clear tendency to decide and act without taking others into account.

Before continuing, we should mention that well-managed individualism should be part of any relationship. In other words, it’s always a good idea to let it blend with each other’s to create an enriching and healthy couple. One in which both win without losing their individual identity.

Individualism undermines a relationship when attending to one’s own needs is the main priority, at any moment, instant and circumstance. These are relationships in which there’s only an “I” and never a “we”. This portrait fits in with the theory of liquid love by sociologist Zygmunt Bauman.

The consumer society also permeates and shapes the way people relate to one another and many initiate bonds like those who buy a thing. They only look for momentary reinforcement and an endorphin and dopamine rush. That product (person) is only good for as long as it satisfies their needs.

Thus, they’ll discard a relationship as soon as they feel loaded with duties or no longer obtain a satisfactory level of pleasure and well-being.

Individualism in a love relationship defines the person who slips away from the delicate and beautiful task of building an emotional bond. Those who seek only to consume and satisfy their needs flee from anything that requires effort.

Commitment and individualism can coexist together

Individualism isn’t a characteristic of this century. In fact, it’s been developing silently over many decades.

For instance, the baby boomers (that generation between the ages of 50 and 65) had already begun to show a more independent character. They were less conditioned by family ties, duties, and conformism.

All of this consolidated many of the social advances people enjoy today, no doubt. However, some people take it to the extreme until they ruin their relationships due to selfishness, narcissism, and materialism.

Nevertheless, studies such as those conducted at the University of Notre Dame point out that individualism and mutual commitment can and should coexist. It’s the ability and willingness to create a common space where you take care of one another without losing your identity. It’s about team building. 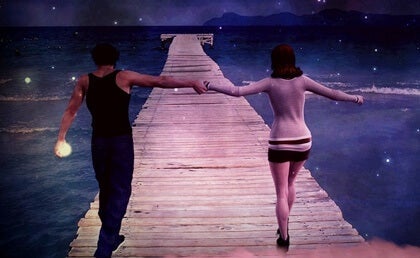 The Four Laws of Attraction in Love Relationships
The laws of attraction in relationships suggest that the way you connect with a special someone isn’t always a coincidence. Read more »

The post Individualism in Romantic Relationships is Common appeared first on Exploring your mind.

How to Deal with Family Trauma