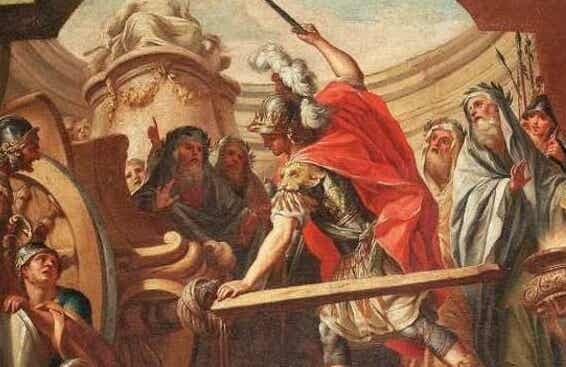 Is it possible to tie a knot that you can’t untie? According to legend, the Gordian knot resisted all attempted solutions until the year 333 B.C.. In fact, the knot was highly problematic until Alexander the Great came. Not known for his lack of ambition when ruling Asia, he cut through it with a sword. “Cheat!” you might cry. However, you might have been unwise to point it out in Alexander’s presence.

His method did seem to go against the whole spirit of the problem. The challenge was to solve the puzzle solely by manipulating the knot, not by cutting it. Alexander was no dummy. As a former student of Aristotle, he was no stranger to logical puzzles. The ancient Greek problem of squaring the circle is easy to solve. You just shouldn’t restrict yourself to the stipulated tools of the ruler and compass.

We know today that the circle-squaring problem posed by the Greeks is indeed unsolvable. Using a ruler and compass, you can’t construct a square with the same area as a given circle, perhaps Alexander did see that he couldn’t simply untie the Gordian knot by manipulating the rope. If so, then the knot surely didn’t have any free ends whatsoever. The two ends of the rope probably were spliced together.

Of course, this would make it a knot in the technical sense of modern mathematicians. In the 21st century, a Polish physicist and Swiss biologist recreated something similar to the Gordian knot, by using computer simulation. Both Piotr Pieranski and Andrzej Stasiakof acknowledge that the story of the knot is just a myth.

“Binder didn’t plan on being disappointed either. He felt a growing obsession to unstring the secrets the house held, to unravel the Gordian knot time and myth had only tightened.”

The myth of the Gordian knot

Entering into the spirit of the myth, the knot provides many answers. Pieranski and Stasiakof show how it’d be possible to tie a knot that you can’t untie. The world now uses the phrase “Gordian knot” to refer to any problem that seems too complicated to resolve. According to ancient Greek legends, it was a real knot. The story goes like this, “One day, the poor peasant Gordius arrived in an ox cart with his wife in a public square of Phrygia”.

Unbeknown to Gordus, an oracle informed the populace their future king would come into town riding in a wagon. When the people saw Gordius, they instantly made him king. In gratitude, Gordius dedicated his ox-cart to Zeus. He tied it up with a highly intricate knot – the Gordian knot. Another oracle, or maybe the same one, the legend isn’t specific, foretold something crucial.

It said that the person who untied the knot would rule Asia. As we mentioned above, this tiresome knot resisted all solutions until Alexander the Great cut through using a sword. That is the traditional story. Here’s how Pieranski and Stasiak approached it. Alexander was a brilliant ruler, they observed, and he was also a genius scholar. As Aristotle was his teacher, Alexander was no stranger to logical puzzles. He resorted to the sword as he could see that he couldn’t untie it by manipulating the rope. If so, then the knot didn’t have any free ends.

“Whatever possession we gain by our sword cannot be sure or lasting, but the love gained by kindness and moderation is certain and durable.”

The two ends of the rope must have been spliced together. In other words, the Gordian knot was a knot in the sense that present-day knot theorists use today. The term means a closed loop of string that winds around itself.

Before Alexander the Great came along, many fine minds were stumped by the Gordian knot problem. No one ever claimed the puzzle was unsolvable. Back then, it must have seemed that, in principle, the knot could be untied. This means they couldn’t tie the loop of rope into a knot before they spliced the ends together. Thus, they constructed the knot by splicing the two ends of a length of rope forming a circular loop.

They later “tied it up” (wrapped it around itself in some way), disguising the fact that it wasn’t really knotted. When modern mathematicians today study knots, they assume their construction follows several categories, such as flexible, stretchable, and infinitely thin strings. Under those assumptions, you can always untie any unknotted loop, no matter how complicatedly it’s wrapped around itself. More precisely, you can always manipulate it in the form of a simple loop that doesn’t cross itself. Thus, only one thing could make it absolutely necessary to resort to a sword.

Some people who want to untie the Gordian knot can’t do it, as its physical thickness may hurt. The thickness of the actual rope may also prevent you from carrying out the necessary manipulations. When the knot originated in B.C., they tried several things to test it. For example, some soaked the rope before tying. Others let it dry rapidly in the sun after trying to make it shrink. Was there a way t0 wrap the rope up that would make this method work?

Pieranski developed an innovative computer program called SONO (Shrink-On-No-Overlaps). This way, you can perfectly simulate the manipulation of such knots. Using this program, he showed that most ways of trying to construct a Gordian knot will fail. SONO eventually found a way to unravel them, though IT recently discovered a knot that worked.

Scientists didn’t program SONO to successfully make use of an algorithmic sword, thus the program couldn’t unravel it. Maybe, just maybe, this was the actual structure of the Gordian knot, according to Pieranski and Stasiak. Incidentally, there’s a serious side to all of this. Knots deeply interest physicists such as Pieranski because the latest theories of matter don’t make sense.

They truly believe that tightly coiled (and maybe knotted) loops of space-time make up everything. Knots also incredibly interest biologists, such as Stasiak. It’s thanks to the long, string-like molecules that DNA can coil itself up tightly to fit inside the cell.

These two scientists recently collaborated in a study of knots. They constructed them from real, physical material with a fixed diameter. This restriction makes the subject very different from the knot theory traditionally studied by mathematicians, and it could lead to further advances in both physics and biology. 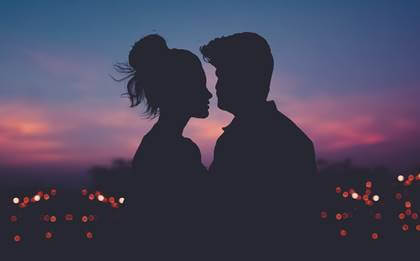 The post The Gordian Knot: Unravelling the Myth appeared first on Exploring your mind.