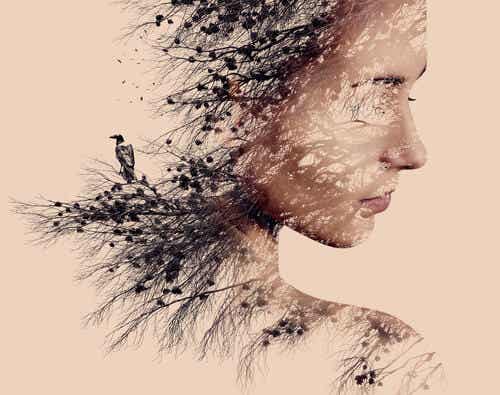 Have you ever heard about the intriguing story of the god Titan Cronus? Believe it or not, this classic myth shows the theme of a mother’s unconditional love. All myths contain significant elements of mythology. In the myth of Cronus, the text says, “This filled his wife Rhea with sorrow and anger. Zeus was her sixth and last child. When it came to him, Rhea was determined to save this one child at least. Most importantly, to love and cherish.”

One significant element of Greek mythology is that the characters are often non-human. However, they have human emotions and qualities. Rhea is a non-human Titan with many human emotions. For instance, sadness and loneliness. In the intriguing Cronus text, it also says, “She asked her parents, Uranus and Gaea, for advice and assistance”.

Sadly, they told her to wrap a stone in baby clothes and give it to the Titan Cronus. She did, and he swallowed the stone without noticing the deception. As a matter of fact, many myths contain a struggle for power. This struggle can be between members of the same family. This shows a wife tricking her husband in order to save her child. Besides, these elements of Greek mythology help define this story as a classic myth.

“Youth fades; love droops; the leaves of friendship fall. A mother’s secret hope outlives them all.”

The origin of Greek gods and culture

An important theme in the myth of the Titan Cronus is a mother’s unconditional love for her children. The text further says, “Cronus did successfully overthrow his father. Nonetheless, he didn’t save his monstrous brothers. Gaea, who loved all of her children, was highly angered that Cronus didn’t help his brothers. Therefore, she instantly began to plan Cronus’ ruin”.

Mother Earth’s love for her other children is very powerful, so powerful that it makes her want to destroy her son Cronus. In the myth, it also says, “Rhea was anxious to keep the secret of his existence from Cronus”. She sent the infant Zeus secretly to Crete and made sure he was fed, protected, and educated there.

“When you look deep into your mother’s eyes, you know that it’s the purest love you can find on this earth.”

Did you know that Cronus was the youngest son of Uranus and Gaea? In fact, he became the leader of the first generation of Titans, earning him the title of the Titan Cronus. Besides, for a brief period, he was also the ruler of all gods and men. He successfully led the rebellion against his own father, though soon grew as tyrannical as him. Believe it or not, he imprisoned both the Cyclops and Hecatoncheires and swallowed all of his children.

He only saved the last son, Zeus. Nonetheless, Zeus ended up overthrowing him and locking him away in Tartarus. Cronus was the son of Uranus and Gaea, the youngest one of the original Twelve Titans. This made him the brother of five male siblings (Oceanus, Hyperion, Coeus, Crius, and Iapetus). Similarly, this also made him the brother of six Titanides (Mnemosyne, Tethys, Theia, Phoebe, Themis, and Rhea).

Meanwhile, Cronus married his sister Rhea. Shortly after, he fathered six children Hestia, Hera, Hades, Poseidon, Zeus, and Demeter. According to an isolated tale, Cronus was also the father of the centaur Chiron, whom he begot. This was after transforming himself into a mare to mislead the jealous Rhea, and secretly mating with Philyra. Philyra was the daughter of Oceanus. Did you know that Cronus’ name was often confused with the Greek word for time, Chronos? Hence, the world often depicted Cronus as Old Father Time, with whom he conveniently shared few characteristics with. For example, mercilessness, a beard, and a scythe. In fact, in many cases, the two are visually indistinguishable.

The stages of the universe’s creation

The Titan Cronus played a crucial part in the creation of the known universe, solely as a rebel against Uranus. Secondly, as the tyrant Zeus led his rebellion against.

The castration of Uranus

Sadly, the story of Cronus begins with an irrational hate-driven decision by his father Uranus (the Sky). He didn’t allow his children to leave their mother’s womb. For instance, the Cyclopes, the Hecatoncheires, and the Titans. Grief-stricken, Gaea devised a crafty plan.

Thus, she fashioned an adamantine sickle (harpe) and appealed to her beloved offspring for help. “My children. If you obey me, we should punish the vile outrage of your father,” she told her children. The Titan Cronus was the only one not seized by fear. Hence, Gaea gave Cronus the sickle and hid him strategically in her womb.

The next night, when the love-longing Uranus came to lie with Gaea, Cronus did something awful. He stretched forth his hand and castrated him. Lastly, he released his brothers and his sisters. Buoyant and prideful, he proclaimed himself the king of all gods and men.

More stages of the universe’s creation

After seizing power, Cronus married his sister Rhea. For a little while, everything seemed all but perfect. Finally freed from her burdens, Gaea was once again blissful. More than generous, she produced crops for all human beings of her own accord. Untroubled by toils and hard work, the humans lived carefree and healthy lives. Luckily, it ended peacefully and only when they were very old.

Some say that even the gods themselves walked among the humans during the reign of Cronus. Undoubtedly, this was the Golden Age, the most beautiful of the fabled five ages of man. However, at some point, Cronus violently and dramatically changed his ways. Fearing rebellion, he imprisoned both the Cyclopes and the Hecatoncheires in Tartarus. Likewise, he set the dragoness Campe to guard them.

He was later alarmed by a prophecy saying that one of his children would overthrow him. Thus, he started swallowing them all, one by one. Rhea was highly alarmed at seeing that her husband had, in essence, transformed into Uranus. Lastly, after being impregnated with her sixth child, Rhea turned to Gaea for help.

Gaea counseled her daughter to go to Crete. Eventually, the Titaness gave birth to a mighty son, Zeus. Prompted by further advice, Rhea left her child there. Secondly, she handed Cronus a stone wrapped in swaddling clothes in place of the supposed baby. Cronus swallowed the stone, unsuspecting of any foul play and unaware that they were raising his eventual overthrower in Crete.

When the time came, disguised as Cronus’ cupbearer, Zeus managed to slip his father a vomit-inducing drink. Metis prepared the drink in place of his favorite wine. This led to Cronus disgorging all of his children. Subsequently, they teamed up with the Cyclopes and the Hecatoncheires and ousted him from power. After a bloody, decade-long war, he was remembered forevermore as the Titanomachy.

History still isn’t sure what was Titan Cronus’ next move. There are many theories. For example, that he escaped to Latium (modern Lazio) or was imprisoned in Tartarus with the rest of the Titans. Either way, he seems to have reverted to his good old ways. He was even promoted to the ruler of the Islands of the Blessed.

In other words, a heaven-like abode, where the souls of only the greatest heroes lived after their earthly deaths. Unlike the ancient Greeks, the Romans didn’t consider Saturn bad. Still, it’s important to consider that, when it comes to mythology, that’s what the Romans called Cronus. They believed that, once he escaped to Latium, he instituted the Golden Age. Latium is a famous region of Italy that includes Rome.

Once again, this time solely in Rome, they celebrated him every December during a famous six-day festival. In fact, the festival called the Saturnalia soon became Rome’s most important holiday. At this groundbreaking event, people’s perception of the Greek tyrant ruler forever changed. Above all, it also undoubtedly influenced the way people celebrate Christmas today.

The story of the Titan Cronus is a classic myth. It perfectly portrays a mother’s struggle to save her children. It’s no surprise that it became the origin of gods and Greek culture. Did you love learning all about Greek culture and mythology?

“I guess darkness serves a purpose: to show us that there’s redemption through chaos. I believe in that. Sure, I think that’s the basis of Greek mythology.” 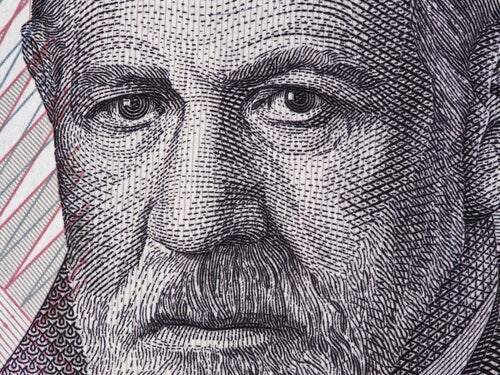 The post The Story of the Titan Cronus, a Myth Showing the Theme of a Mother’s Love appeared first on Exploring your mind.

You Don’t Have To Agree With People to Love Them