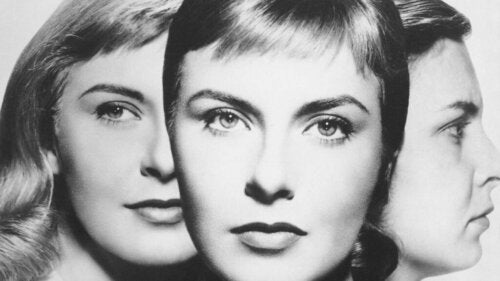 The following films about generosity are examples of how it changes lives. In a greedy and individualistic world, the act of sharing becomes a revolutionary lesson. It isn’t only about sharing something material, but also about experiences and emotions.

This article will discuss five films about generosity. This value completely transforms the lives of the protagonists, from a village struggling to survive a civil rights movement to a pregnant woman without financial resources.

Thus, the action of sharing is transformative on an individual and group level. Cinema echoes it in the following films.

“The moment we cry in a film isn’t when things are sad but when they turn out to be more beautiful than we expected them to be.”

The nonagenarian Antonia (Willeke van Ammelrooy) is lying in bed and begins to reminisce about her life. It begins with the events that take place after World War II when she returns to the village where she was born with her daughter Danielle (Els Dottermans).

Antonia’s late mother left her a small farm and she settles down there and joins an unusual community that shelters a large number of people. Then, the old farmhouse becomes home to a variety of characters with their own particular way of life.

The film is a family epic that spans three generations of independent women. In fact, writer and director Marleen Gorris created an eccentric film about the high value of female friendship, independence, intuition, and generosity.

The elderly Shukishi and his wife, Tomi, make the long journey from their small seaside village to visit their children in Tokyo. Their eldest son, Koichi (Sô Yamamura), a doctor, and daughter, Shige (Haruko Sugimura), a hairdresser, have little time to spend with their parents.

Their daughter-in-law, Noriko (Setsuko Hara), the widow of their youngest son, who was killed in combat, keep the in-laws company during their visit. The generosity of someone who’s not a blood relative ends up saving the elderly couple from loneliness and abandonment.

Tokyo Story is a snapshot of post-war Japan in the midst of profound cultural change. The painful depiction of family disintegration is the film’s common thread. A harsh, difficult, and realistic portrait of how parents are treated as a “nuisance” as they grow up. Also, how their children see them as an obstacle to maintaining their adulthood.

This is one of the best films to understand the value of generosity in an endangered community. A samurai responds to a request for protection from the inhabitants of a 16th-century farming village. This is because they’re going through difficult times. A gang of criminals threatens to steal their rice crops.

The town needs protection against the bandits, so the samurai gathers six others to defend them in exchange for some rice, honor, and generosity. At the same time, the villagers provide food for the soldiers before 40 bandits attack the village.

The samurai undertake the task of “educating” an uneducated and fearful population about certain values. Kurosawa captures the appearance of an agrarian society in perfect ritualistic harmony. It happens as the seven warriors transcend their own individualism to attain collective honor.

Once Upon a Time, When We Were Colored by Tim Reid

The story, based on the book by Clifton Taulbert, takes place in 1946 Mississippi. Young Cliff (Charles Earl Taylor Jr.), who lives with Poppa, his great-grandfather, and great-grandmother Ma Pearl, begins to notice the discrimination towards blacks around him. As you can imagine, life isn’t pleasant for them in the American south.

Cliff becomes familiar with racial segregation and the sadness it creates over the course of 16 years. However, hope arises when their generosity towards each other brings them together as a group to fight for their civil rights. The film shows how people work, live, and work together. Thus, they realize that unity is a powerful force to fight.

This feature film won the Panorama Audience Award at the 1999 Berlin Film Festival. It also won five Asecan awards of Andalusian cinema and obtained eleven nominations and five Goya awards. Furthermore, it was a cinematographic revolution with an immeasurable emotional value.

Ana Fernández plays María is a woman who lives in a slum in the city of Seville. In addition, she’s addicted to alcohol and often gets drunk until she passes out. This is because it helps her forget. Her emotional rescue comes from her own mother María (María Galiana), who’ll stay a few days in her apartment while her husband is in the hospital.

The mother meets a widowed neighbor (Carlos Álvarez) who lives with his dog Aquiles during this stay. Eventually, the relationship they establish ends up with a proposal in which generosity and empathy will forever change their lives.

Four Family Films that Can Heal Wounds
Some family films can inspire you to the point of moving you and making you reflect on your values, thoughts, and opinions about any topic. Read more »

The post Five Films About Generosity appeared first on Exploring your mind.

Some Curious Facts About Friendship