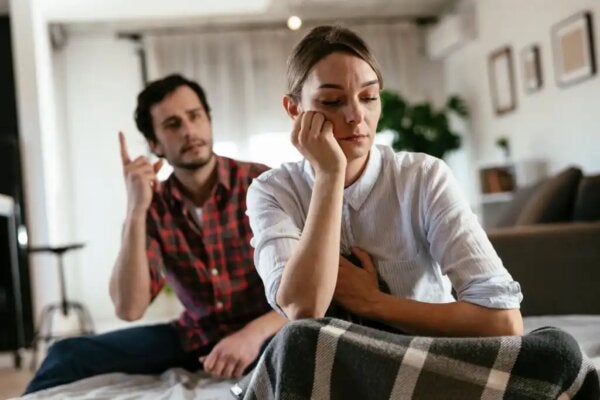 Just as there are ways to improve and enrich the way partners communicate with each other, there are also ways to break it down. This is a serious problem because communication is one of the main pillars of a relationship. Indeed, if dialogue between a couple isn’t easy and meaningful, problems are likely to appear in other areas of the relationship as well.

A relationship is made up mainly of conversation. Enduring love is, in fact, rich dialogues that are spread out over time. However, if the link weakens and communication breaks down, love usually comes to an end.

When there’s a sincere and loving dialogue between a couple, they’re able to solve any problem that might arise. On the other hand, if they put up barriers and don’t express their feelings, the smallest of problems can become enormous. Here are three of the most common behaviors that lead to communication breakdown in a couple.

“A healthy relationship is built on unwavering trust.”

Going over every unnecessary detail

Some people talk nonstop usually due to stress or anxiety. At other times, it’s a form of narcissism. What we can say for certain is that these endless monologues almost never impress. In fact, they’re rather tedious.

Furthermore, one surefire way of ensuring communication breakdown in a relationship is when one partner speaks incessantly but doesn’t listen. In addition, people who do this tend to go into the minutest of unnecessary detail.

Devoting too much time to the superficial hinders communication. In fact, valuable messages become buried under an avalanche of meaningless words. Instead, the partner should be interested in contributing to the conversation and want to keep it flowing instead of hogging it to themselves.

Speaking about personal problems to others

Most people would be mortified if their partner discussed their personal problems with others. However, this is an all too common problem. Because, often, people don’t know where the boundary is between what they should and shouldn’t share with others.

It’s quite common for partners to discuss personal situations with their closest friends. However, they should remain confidential between the couple.

Therefore, it’s normal for one partner to feel betrayed if the other shares information they felt was confidential. It negatively affects their trust in their partner. Also, there’s really no need for other people in the family to know why the couple had an argument yesterday and whether or not they resolved it.

In addition, if a partner shares too much information about their partner with others, it might affect their opinion of them. In fact, sometimes, they may be portrayed in an unfair and biased way, particularly if their partner doesn’t control too much of what they say to others.

Leaving it until later

If a partner has an issue they feel is important, the other partner should never ignore it, even if they don’t consider it important.

Leaving it until later means they’re turning their back on their partner. It isn’t always easy to be ready to listen after a hard day’s work or when there are other things to be done. Nevertheless, the other’s should never be pushed aside.

Those who wish to speak need to be listened to. Not giving them any attention is a way of abandoning them. Naturally, this causes pain, but also loneliness and resentment. At the end of the day, it really isn’t that hard to stop and listen.

How to avoid a communication breakdown

You can tell a lot about a couple by the way in which they speak to each other. When they express themselves intelligently, they recognize when to speak and when to stay silent. As a matter of fact, knowing when to share, when to keep quiet, and choosing what information is shared with outsiders always makes communication easier. Furthermore, communication is one of the basic fundamentals of any relationship. 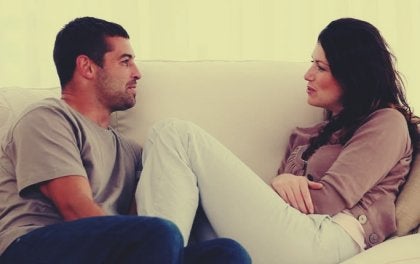 The post Communication Breakdown in a Relationship appeared first on Exploring your mind.

How to Deal with Intrusive Questions