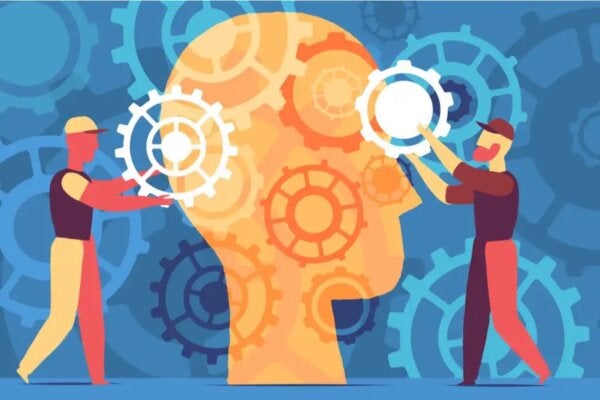 Games to exercise the mind don’t have an age limit. Children, adults, and even the elderly can play these cognitive skill games. In fact, they revitalize the brain.

Today we have access to many new technologies. Computers, mobile phones, and tablets offer thousands of possibilities to activate your brain via apps. Nevertheless, you shouldn’t forget about physical games. Just think how fun it is when you beat your partner in a game of chess, for example.

Below we share a list of some of the games you can play. However, you should remember that there are many more.

Your imagination has no limits, and you could always invent some new games or variations of existing ones.

“What’s the hardest task in the world? To think.”

Games to exercise the mind

Games to exercise the mind are often called vitamins for the brain. This is an accurate metaphore, as people often think they do enough in their daily life to keep their brains active. But they’re wrong, as multitasking actually causes stress and anxiety.

Overthinking, not getting enough sleep, and being busy all day promote cognitive decline. Furthermore, it doesn’t matter how much you exercise or how many superfoods you eat if you don’t stay curious and open to learning new things.

Plasticity is the brain’s ability to change its structure based on your behavior. It allows you to adapt more successfully to your environment. Furthermore, this amazing talent gives you the ability to enjoy mind-exercising games on a daily basis.

If you have healthy habits as well, your body and mind will appreciate it. A healthy, agile, and curious brain is synonymous with psychological well-being. For this reason, it’s worth giving some of these games a try.

Riddles, puzzles, and challenging stories are logic games that can help you think creatively. In fact, you need to apply both inductive and deductive reasoning, as well as innovative ways of thinking. Here’s an example:

Question: What question can never be answered?

Answer: Are you asleep?

You only need three things for creative writing games: a piece of paper, a pencil, and your imagination. Here are some ideas to share with friends and family:

The classic game of chess

Chess has been back in the headlines thanks to the TV series The Queen’s Gambit. If you haven’t yet mastered this game, it’s time to start.

Studies like the one conducted by the University of Vila Velha (Brazil) claim that chess optimizes cognitive function, develops attention and concentration, and even improves problem-solving.

Backgammon, one of the oldest games

Anyone who was a fan of Lost will remember some of the characters playing a game with round tiles on a board with an elongated triangle design. This is backgammon, a game that dates back to ancient Egypt. In fact, archaeologists found this game among Tutankhamun’s belongings. Players need a fine-tuned set of strategic skills to play this game.

Sudoku, food for the brain

This is one of the classic games to exercise the mind. You’ve probably played this mathematical puzzle before.

Sudoku was invented in the late 70s and is still just as popular and challenging today.

Today, Scrabble is one of the most downloaded games. Scrabble is a simple yet fascinating game. You form words from lettered tiles. Each letter is worth different points. The goal is to use up all your tiles and get the highest score.

Everyone knows the classic game of checkers. Chinese checkers is slightly more complex. Two to six people play at the same time. You have to move the pieces on the star-shaped board into the opposite corner, using one-step movements or moves that jump over other pieces.

This is a classic game to exercise the mind. The Rubik’s Cube pushes technology to the side, as you need to physically manipulate it. It’s a great way to improve your visuospatial skills.

Many apps provide these kinds of games.

A few years back, we only had the Where’s Wally? books. However, today, there are mysterious castles, secret islands, and numerous other fantastical scenarios where you can search for your hidden objects.

There’s no time like the present to start exercising your brain, so give some of these games a try! 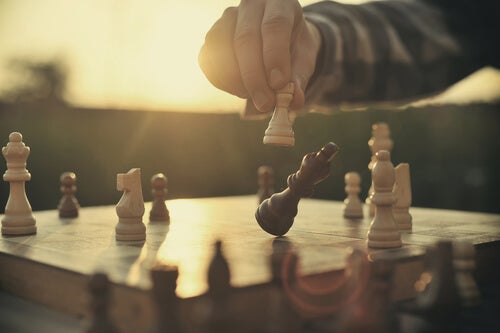 The Psychological Benefits of Playing Chess
Playing chess has numerous psychological benefits, and today we’ll be talking about them. Read on and be surprised at the conclusions! Read more »

The post Nine Games to Exercise the Mind appeared first on Exploring your mind.