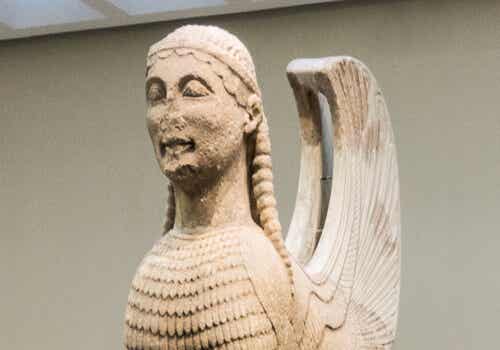 The myth of the Sphinx is one of the most beautiful and significant of Greek culture. This special character is the symbol of mystery, an enigma. This creature also makes possible the fulfillment of Oedipus’ unfortunate plan: to kill his father and marry his mother. This is why this myth has a special place in psychoanalysis.

The myth of the Sphinx describes it as a mysterious creature. It was a frightening demon due to the death and desolation it generated. At the same time, it was of the same nature as the muses, since it knew how to use words beautifully. She sang her riddles, which is why Sophocles referred to her as a “cruel singer”.

An interesting fact is that the myth of the Sphinx doesn’t only appear in Greek culture. There are also representations of this creature in India and other places throughout Asia. Likewise, the most popular is that of the Great Pyramid of Giza, in Egypt. The myth varies from place to place, although the representation is basically the same.

“You’re afraid of me, because I talk like a sphinx.”

The myth of the Sphinx

This myth doesn’t offer a clear perspective of the origin of this creature. Apparently, she was either the daughter of two demons or of a demon and a nymph. Its appearance is hybrid, in any case. The pale face and bust are feminine and the eyes are like flaming bonfires.

In addition, she had the body of a dog, the paws of a lion, the wings of an eagle, and the tail of a dragon. The sphinxes of Egypt have a male face and lack wings, though. The classic myth of the Sphinx says it came from the confines of Ethiopia and settled in the Greek city of Thebes. It was apparently sent by the goddess Hera to punish the Thebans.

Hera, a rather vengeful goddess, wanted to charge all the inhabitants of the city for the affairs of Laius, the king of Thebes. He was married to Jocasta and had a son with her (Oedipus), yet he kidnapped and seduced a young man named Chrysippus. (This is the first direct allusion to homosexuality in Greek tragedies).

The Sphinx, as both demon and muse, didn’t sow terror and desolation without some flair. She didn’t just kill and hide in remote places on lonely roads. When some Theban passed by, she would appear to them with her horrible figure and pose a riddle. She’d kill anyone who couldn’t decipher it.

This creature killed its victims by strangulation. In fact, the word “sphinx” comes from a Greek root meaning “to strangle”. Of course, it sowed terror and desolation in Thebes.

Thus, in view of this distressing situation, there was a proclamation saying that anyone was could solve the riddle of the sphinx, and get rid of it, would become king of Thebes and take the beautiful queen, Jocasta, in marriage.

Oedipus, wandering in the area, met the sphinx at a bend in the road. The latter posed the riddle to him, it said: “What walks on four legs in the morning, two legs in the afternoon, three legs in the evening, and no legs at night?”

Oedipus answered correctly: humans. They crawl on all fours when they’re babies, walk on two feet when they grow up, and need the help of a cane during old age.

The death of the sphinx and its interpretation

It isn’t quite clear what happened when Oedipus gave the correct answer. However, according to some versions, the sphinx jumped into an abyss. Other versions say Oedipus killed it or that the creature fled to Egypt, where it turned into stone.

What’s certain is that Oedipus became king of Thebes and, as promised, married Jocasta, thus fulfilling the prophecy that he’d marry his mother. He’d already killed his father, Laius, on the road, after a misunderstanding.

Some psychoanalysts interpreted the sphinx as a representation of the mystery of the feminine, which must always be deciphered. Others suggest it symbolizes the tragic destiny of the human being. Oedipus defeats the sphinx, but it’s this very thing that precipitates him towards the greatest tragedy of his life: marrying his mother without knowing it and then punishing himself for it by gouging out his eyes. 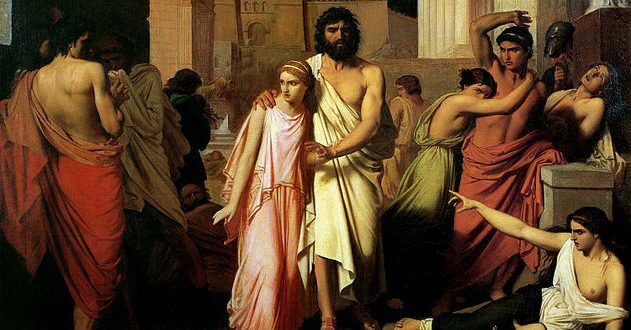 The Oedipus Complex
The Oedipus complex is considered the cornerstone of Freudian psychoanalysis. It’s one of the fundamental concepts of psychoanalytic theory. Read more »

The post The Myth of the Sphinx and Its Symbolism appeared first on Exploring your mind.

A Letter to Shyness