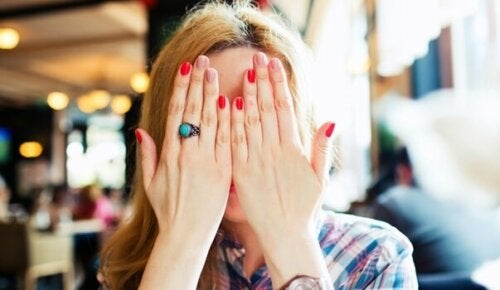 The philosopher Epicurus is one of the major figures in the Hellenistic period. The period refers to the three centuries following Alexander the Great’s death in 323 B.C. Likewise, it also follows Aristotle’s death in 322 B.C. Epicurus developed an unsparingly materialistic metaphysics, empiricist epistemology, and hedonistic ethics. Most importantly, he taught that atoms are the basic constituents of the world.

He also taught uncuttable bits of matter, flying through empty space. Likewise, he tried to explain all natural phenomena in atomic terms. Philosopher Epicurus rejected the existence of Platonic forms and an immaterial soul. In other words, he said that the gods have no influence on our lives. Epicurus also thought we couldn’t obtain skepticism. Therefore, we could gain knowledge of the world relying upon the senses, like sight and touch.

In class, he taught that the point of all people’s actions was pleasure. In fact, he believed that simply by limiting your desires, you could achieve tranquility for yourself.  This way, you can banish the fear of the gods and of death. Epicurus’ gospel of freedom from fear proved to be quite popular. Fortunately, communities of Epicureans flourished for centuries after his death.

“Of all the means to ensure happiness throughout the whole life. By far, the most important is the acquisition of friends.”

Epicurus spent most of his early life on the island of Samos, an Athenian settlement. While studying in Athens, he digested the philosophies of many geniuses of the era. For example, Plato, Aristotle, and Democritus. Eventually, he returned there to start his own school, The Garden, which attracted many adherents.

Believe it or not, the world now considers Epicurus a major figure. Not only in the history of science, but also in philosophy. He argued that we should only proportion belief to empirical evidence and logic. Likewise, he propounded the scientific view of atomism. This view refers to which all facts in the macroscopic world the configuration of atoms cause.

Most importantly, indivisible elements in the microscopic world. In ethics, he’s famous for propounding the theory of hedonism. The dated theory holds that pleasure is the only intrinsic value. However, as we shall see, his view of pleasure is far from the stereotypical one.

For philosopher Epicurus, the most pleasant life is one where we abstain from unnecessary desires. By doing so, we achieve inner tranquility (ataraxia) by being content with simple things. The idea is to choose the pleasure of philosophical conversation with friends over the pursuit of physical pleasures. For instance, food, drink, and sex.

True to his philosophy, Epicurus claimed to spend the last few days of life in pleasure, despite all the physical pain he was in. According to his Letter to Idomeneus, “I write this letter to you on a happy day to me. Sadly, it’s also the last day of my life. I beg you to take care of the children of Metrodorus, in a way worthy of devotion to me, and to philosophy”.

Here, we see one of Epicurus’ techniques for obtaining happiness even in the most miserable situation. Therefore, instead of dwelling on the pain, recollect a moment in the past when you were most happy. Through enough training of the mind, you’ll be able to achieve such vividness of imagination. In fact, an imagination so powerful you can relive these experiences and happiness.

Psychiatrist Victor Frankl perfectly illustrated this idea. Victor is a Viennese psychiatrist who suffered four years in various concentration camps, including Auschwitz. Likewise, he wrote that one of the few things that gave him a feeling of happiness was drawing. Back then, he drew an image of his beloved wife and had imaginary conversations with her.

Lastly, as he wrote, “My mind clung to my wife’s image. I imagine it with an uncanny acuteness. I heard her answering me, saw her smile, her frank and encouraging look. Real or not, her look was then more luminous than the sun which was beginning to rise”.

His pursuit of happiness

The ancient Greek philosopher gives two major reasons for this. Firstly, pleasure is the only thing that people do and truly value for their own sake. In other words, Epicurus bases ethical hedonism upon his psychological hedonism. Everything we do, claims Epicurus, we do for the sake ultimately of gaining pleasure for ourselves.

In fact, observing an infant’s behavior successfully confirms the theory. After all, children and infants instinctively pursue pleasure and shun pain. According to philosopher Epicurus, this is also true of adults. However, for adults, it’s much more difficult to see that this is true, since they have incredibly complicated beliefs about what’ll bring them pleasure.

Believe it or not, for philosopher Epicurus, pleasure ties closely to satisfying one’s desires. He highly distinguishes between two different types of pleasure. For instance, ‘moving’ pleasures and ‘static’ pleasures. ‘Moving’ pleasures occur when one’s in the process of satisfying a desire. For example, eating a hamburger when one is hungry. These pleasures involve active titillation of the senses.

Likewise, these feelings are what most people call ‘pleasure’. Epicurus also says that after we satisfy our desires, we dramatically change. For example, when a person is full after eating. The state of satiety, of no longer being in need or want, is pleasurable in itself. Epicurus calls this a ‘static’ pleasure. Most importantly, he says that these static pleasures are the best pleasures.

Because of this, Epicurus denies that there’s any intermediate state between pleasure and pain. Therefore, when a person has unfulfilled desires, they’re in pain. On the other hand, when a person no longer has unfulfilled desires, this steady state is highly pleasurable. It isn’t merely some intermediate state between pleasure and pain. Epicurus also distinguishes between physical and mental pleasures and pains.

Physical pleasures and pains concern only the present. However, mental pleasures and pains also encompass the past. For example, fond memories of past pleasure or regret over past pain or mistakes. When it comes to the future, confidence or fear about what’ll occur. According to the Greek philosopher, anxiety about the future is the greatest destroyer of happiness.

Most importantly, fear of the gods and fear of death. It’s imperative to banish fear about the future. You should also face the future with confidence that it’ll satisfy your desires. Therefore, you’ll attain tranquility (ataraxia), the most exalted state. In fact, given Epicurus’ conception of pleasure, it may be  great to call him a ‘tranquil list’ instead of a ‘hedonist’.

Turning away from the external

Another one of the main conclusions of recent research on happiness concerns the limited role. In other words, external conditions play a role in making one happy. For example, income, marriage, good looks, and winning the lottery only have a small impact on one’s lasting happiness. Luckily, Epicurus anticipates this with his claim that the greatest secret to happiness is independence.

However, people must be as independent of external things as possible. Being content with the simple things in life ensures that people will never disappoint you. If you put your stock in unnecessary pleasures like costly luxuries and food, you’ll be:

Therefore, keeping with this sentiment, Epicurus disparages the “crass hedonism”. Hedonism emphasizes physical pleasure. Contrarily, he claims that the philosophical pursuit of wisdom with close friends is the greatest of pleasures.

In short, according to this, philosopher Epicurus was the happiest of all people. He chose the stable pleasures of knowledge over the temporary and volatile pleasures of the body. Epicurus concluded his letter by saying that, if you practice these precepts, people will love you. Lastly, the world will consider you a “god” among men, as he achieved an immortal state even in a mortal body.


Five Guidelines to Overcome Bashfulness
Some think it easy to overcome bashfulness, that it’s the same as shyness but it isn’t easy to put an end to the feeling of unworthiness. Read more »

The post Greek Philosopher Epicurus and His Pursuit of Happiness appeared first on Exploring your mind.

Your Partner Can’t Fulfill All Your Emotional Needs