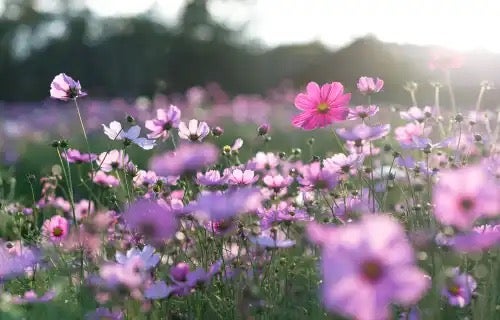 The historian Herodotus was the first to talk about the legend of Croesus and Solon. We don’t really know where fiction ends and reality begins in this story. However, it’s an exceptional tale and, for this reason, it doesn’t really matter where the boundaries between fact and fiction lie.

Croesus was said to have been the King of Lydia. Furthermore, he was the richest man of his time. He ruled over a kingdom so prosperous that people said he was almost swimming in gold. His subjects were also extremely wealthy. In fact, there was really nothing missing from his kingdom, and everyone lived in peace. This is where the expression “as rich as Croesus” comes from.

The story goes that Croesus gloried in his fortune. Everything in his palace was exquisite and of the best quality. He sent for the best silks and had the best furniture and clothes. His gardens were beautiful. He had exotic flowers from faraway lands that he looked after extremely diligently.

The legend of Croesus and Solon

The legend says that it was an extremely good summer in the kingdom of Croesus, which attracted many visitors. One day, Solon, a philosopher and statesman, considered the wisest man in the world, was out walking in the kingdom.

When Croesus learned that Solon was around, he sent his servants to look for him because he wanted Solon to be his guest of honor. The servants found Solon and gave him the message. Solon was keen to meet Croesus, so he accepted the invitation.

Solon arrived at the palace. The king was happy and proud to show him his jewelry collection, the enchanting gardens, and all his wealth. He had a special dinner prepared for Solon. In fact, he found the idea of the richest man in the world talking to the wisest man in the world absolutely fabulous.

They were both sitting at the table when Croesus, who wanted to satisfy his own vanity, asked Solon, “Tell me Solon, who do you think has been the happiest of men?” The sage thought for a few moments. After a while, he replied, “I think the happiest of men is named Tellus and lives in Athens”.

Croesus was disappointed with this answer. He wanted to know why this man was so happy. Solon explained that Tellus was an honest man who’d worked hard to give his children the best education. When they grew up, they became exemplary citizens. Tellus, by then old and alone, joined the Athenian army. He died defending his country.

Croesus was rather annoyed with this explanation and asked, “Besides Tellus, who do you think has been the happiest of men?” Solon thought for a moment. Then, he mentioned a young Athenian who’d saved his mother from poverty and then died himself, defending the poor.

Croesus was beside himself. He said to Solon, “I’m the richest man on the face of the Earth. I rule over a prosperous kingdom where everyone lives well. Why don’t you think I’m the happiest man in the world?” The sage replied, “You’ll have to wait until you die to know that. You don’t know what the future holds and what happens in life is all down to chance”.

Croesus didn’t agree with Solon’s answer. However, he treated him kindly and told him the doors of his palace would always be open to him. Years passed, and a powerful king named Cyrus emerged. He commanded great and fierce armies. In fact, he wanted to conquer all of Asia. He eventually invaded Croesus’s kingdom and captured the king.

Croesus was treated badly and spat on. When they were just about to kill him, he remembered Solon’s words. “Solon,” he said sadly. Cyrus heard him and was curious. He asked Croesus why he’d mentioned that name. In great distress, Croesus told him the story.

Cyrus was bewildered to hear the words that Solon had spoken. He thought for a moment. Then, he acknowledged that it was an extremely intelligent reflection. Indeed, he realized that nobody ever does know what might happen in the future. For this reason, fearing what might happen to him, he said to himself, “I’ll treat Croesus how I’d like to be treated”. True to his word, from that moment on, he treated Croesus as a friend. 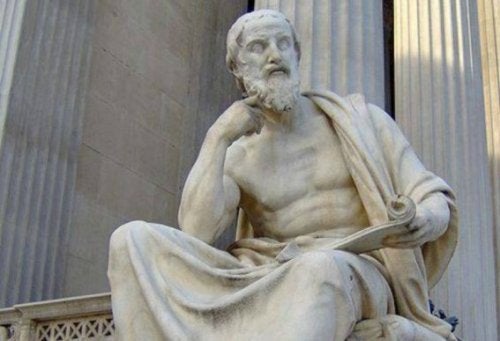 Herodotus: The First Historian and Anthropologist
Experts consider Herodotus the first historian. Some also consider him to be the first anthropologist. Read more about him here! Read more »

The post The Legend of Croesus and Solon appeared first on Exploring your mind.

What’s Aversive Racism and How Can I Avoid Enabling It?