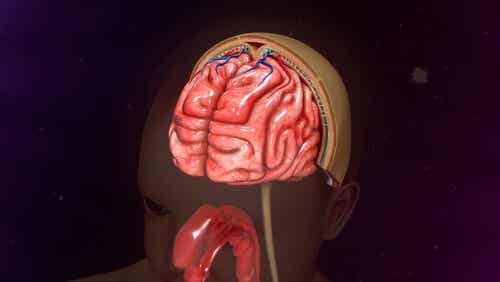 The meninges are a trio of membranes that cover and protect the central nervous system, composed of the spinal cord (inside the spinal column) and the encephalon (inside the skull). They’re placed on top of one another. The most superficial layer consists of the meninx dura mater, the arachnoid, and the deepest layer, or the pia mater.

The arachnoid and the pia mater are the cerebrospinal fluid in the space between. This fluid plays a protective role in the brain. This is because it reduces the damage experienced in the event of a blow or fall. Several diseases can get to the meninges, including meningitis (general inflammation of the meninges).

The meninges protect the brain and spinal cord

The problem with nerve tissue is that it’s extremely fragile. It’s built of weak nerve fibers and specialized cells within soft tissue. Therefore, it must remain hermetically sealed to keep infection out. The role of the meninges is to overcome weaknesses such as protection against trauma and infection.

Infection of the meninges

The meninges have weaknesses of their own: they’re in indirect contact with the outside world. In fact, the ear is in contact with the outside air (through the Eustachian tube). Thus, an ear can sometimes quickly transmit its germs to the nearby meninges and lead to meningitis. This is also why hearing problems are the most common complication of some forms of meningitis.

Doctors can determine the origin of this infection using a lumbar puncture and a CSF analysis of color, the number of cells, and cell types. The appearance of the fluid may give clues as to the type of meningitis.

The origin of clear fluid meningitis is often viral and meningitis with cloudy or purulent fluid is usually bacterial. Specialists analyze fluid to identify the germ that’s responsible and, therefore, the most appropriate treatment for it.

In the case of viral meningitis, the body of a patient with no immunodeficiency problems will defeat it without external treatment. One must take antibiotics as soon as possible to avoid possible sequelae for bacterial meningitis. Thus, meningococcal meningitis may also occur and requires the implementation of treatment of the patient’s environment.

The layers of the meninges

The nervous system housed in bony structures isn’t in direct contact with the bones. A system of membranous layers surrounds the nervous organs: the meninges. There are three. Starting from the outside to the inside: dura mater, arachnoid, and pia mater.

This is the outermost membrane. It’s hard and tough and formed by connective tissue that protects the underlying layers of the surrounding bones. It ensures a protective beginning. The dura mater is visible just above the orbit of the eye.

It contains most of the veins that collect blood used by the brain and return it to the heart. The dura mater encases most of the nervous system with great precision, from the brain to the sacral vertebrae of the spinal cord.

Both the dura mater and the rest of the meninges contain and connect through different nerve fibers. In fact, they possess multiple pressure and pain receptors. The trigeminal and vagus nerves in the dura mater, as well as the first three spinal nerves, stand out. In short, it’s a layer of the meninges that acts as a bridge between the central nervous system and other elements.

It’s located between the dura mater and the pia mater. It got its name due to its resemblance to a spider’s web. It’s formed by a homogeneous external lamina, the arachnoid, and an internal areolar layer, with large meshes. The latter constitutes the subarachnoid space through which the cerebrospinal fluid circulates.

Arachnoiditis is the inflammation of the arachnoid. Furthermore, it causes localized irritation of the brain responsible for epileptic seizures and paralysis or sensory disorders, depending on the level of inflammation. This inflammation is often an effect of meningitis. The arachnoid and pia mater are types of leptomeninges, or soft meninges, more internal than the dura mater.

Finally, the innermost of these membranes connects to the nervous tissue. It’s thin, compact, and supports the blood vessels to the central nervous system. In addition, it closely surrounds the brain, covering the convolutions and descending into the deepest grooves. Also, it extends outward over the cranial nerves and fuses with their epineurium. Cerebral arteries entering the substance of the brain carry a sheath of pia mater with them. 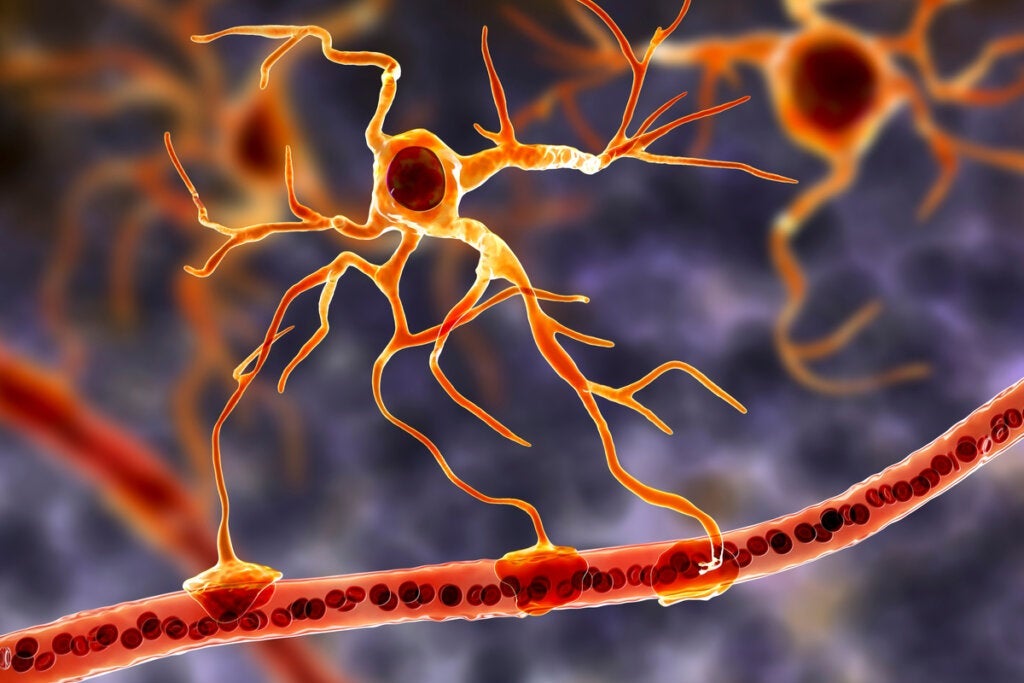 Glial Cells: The Functional Basis of the Brain
The brain is a complex organ made up of several types of cells. Among the most important are glial cells, which are key to brain function. Read more »

The post The Characteristics and Functions of the Meninges appeared first on Exploring your mind.