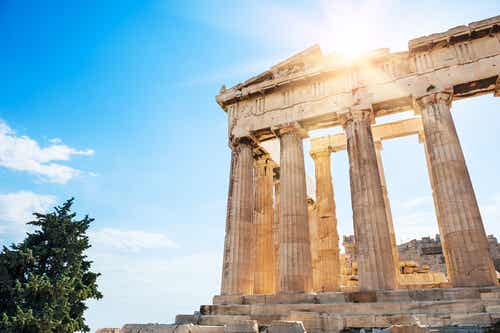 The myth of Penelope is part of the epic poem The Odyssey, written by Homer. The function of an epic poem is, among others, to build role models for people to imitate. Thus, the characters in this narrative are archetypal. In other words, they synthesize a series of values and skills that make them the ideal models to follow for living within a society.

As is often the case with these mythical stories, the most interesting messages are those that come between the lines. The story of Penelope is quite beautiful but also revealing if you care to scrutinize what it represents from a cultural standpoint. It speaks about the feminine and the position of women in relationships in particular.

Penelope is the symbol of devotion and self-sacrifice but she also exhibits traits that appear in different mythologies. These traits are about being cunning and having the ability to deceive as means to an end. The feminine, then, appears as an ambiguous, unreliable, and, by the same token, dangerous terrain.

“How I wish chaste Artemis would give me a death so soft, and now, so I wouldn’t go on in my heart grieving all my life, and longing for love of a husband excellent in every virtue.”

The story of Penelope

According to Homer’s story, Penelope was born in Sparta to a freshwater nymph and to the king of the region. Well, the story really begins when Ulysses, a brave warrior, feels lonely and decides to look for a mate to be his comfort and companion. His search takes him to Sparta, where he meets the most beautiful woman he’s ever seen: Helen [of Troy].

The woman is so beautiful her suitors are many. Thus, her father, and Ulysses, fear the dispute for her attention will unleash chaos in Sparta. This is when the two agree to decree that the victorious suitor should be respected by those they defeat. Ulysses is uneasy about the situation though.

It’s around that time that another beautiful woman named Penelope arrives in Sparta. She’s Helen’s cousin and has come to offer her advice. Ulysses and Penelope fall in love immediately when they meet. It’s a silent moment and they just know they never want to be away from each other.

Relocation to Ithaca and subsequent separation

Ulysses and Penelope move to Ithaca. Icarus, her father, tries to keep her in Sparta but she becomes sad, silent, and covers her face with a veil. Thus, implying she’ll only be with Ulysses (Icarius later builds a temple dedicated to modesty at the place where this happened).

The new couple departs, but not before giving each other a long kiss to seal their love. A year later, she gives birth to Telemachus in Ithaca. Shortly after, the Trojan War breaks out and Ulysses has to leave. He spends 10 years in the war and another 10 on his return journey. A nymph, a magician, and a princess seduce him during that time but he always kept his wife and son in mind.

In the meantime, Penelope has multiple suitors given she’s a beautiful woman who lives alone. Some of them even take up residence in her house and eat and drink as they please. They all urge her to accept one of them, as they think Ulysses is dead. However, she knows her husband is alive and will soon return.

In order to avoid having to accept any of her suitors, Penelope tells them she’ll choose one when she finishes weaving a tapestry. She begins to weave by day and unweave by night so she spends four years doing it, at the end of which Ulysses finally returns. She puts him through some tests and finally recognizes him. The mere presence of Ulysses makes the suitors back off.

There are several versions of what happens, of course. The most widespread, and the one people most like, indicates “they lived happily ever after”. However, Ulysses repudiates his wife in another version, mainly because he accused her of flirting to attract her many suitors. He actually kills her or returns her to her father for thinking she was unfaithful in other versions.

Penelope is the model of the self-sacrificing woman, who keeps silent and patiently awaits. She’s forced to do and undo her own work over and over again while her long-gone lover returns. Her tapestry represents this vicious circle of resistance. Her attitude is what Western culture established as ideal for a wife. 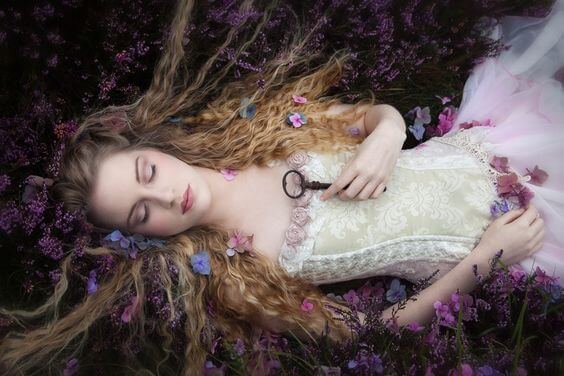 Why Sleeping Beauty Shouldn’t Wait For Her Prince
Do we really need someone to love us in order for us to be happy? What is the delicate relationship between love and independence? Read on and find out Read more »

The post Penelope, the Myth of the Woman Who Waits Forever appeared first on Exploring your mind.

There Are 19 Different Types of Smiles