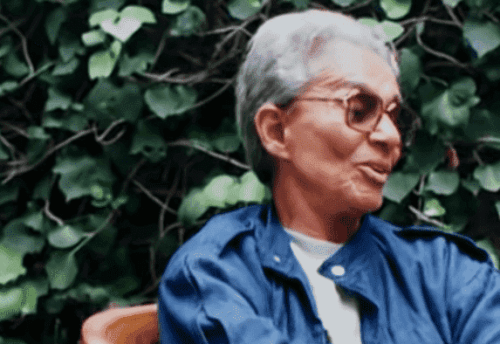 Chavela Vargas was a special person full of surprises. She was admired by many. In fact, she’s one of the most influential singers in the history of Mexican music. Her drunk-like raspy voice and the emotions she put into each of her interpretations are a valuable legacy for the history of music in general.

One of the curious sides of Chavela Vargas is her name was neither Chavela nor was she born in Mexico. Her given name was María Isabel Anita Carmen de Jesús Vargas Lizano and she was born in a small town called San Joaquín de Flores, in the province of Heredia (Costa Rica). She’s credited with the popular phrase: ¡Los mexicanos nacemos donde nos da la rechingada gana! (We Mexicans are born wherever we f*#@ing want to be born”).

“I don’t deserve more than I have. That’s why they call me a millionaire, because I have everything I desire without having money, and that’s wonderful.”

She began her musical career relatively late, at the age of 30. Her voice that resembled a drunken man’s charmed audiences from the beginning. So did her musical minimalism, as she sang with no other musical arrangement than a guitar.

She was born on April 17, 1919, in Costa Rica. Her childhood was rather sad. Her family was unreasonably religious and, thus, full of prejudices. She wasn’t like other girls and just didn’t fit in so her parents were ashamed of her. In fact, they asked her to hide whenever they had visitors.

Chavela began to sing at the age of eight and kept doing it until the day she died. She didn’t play with dolls as a little girl and was withdrawn and solitary. Furthermore, her parents divorced early on and neither of them wanted to take care of the strange young girl. Thus, she went to live with her aunt and uncle and contracted polio shortly after.

Fed up with the lack of love in her life, she traveled to Mexico at the age of 17 and started a new life there. She began singing in nightclubs, so she dressed up for it. Later, she confessed that she felt “like a transvestite” when she wore high heels and make-up.

She cut her hair short later on and began to wear pants, rare in women at the time. She also began to wear a poncho when she sang. Of course, a revolver on her belt couldn’t be missing from her Bandido costume. Mainly to leave no doubt about the persona she tried to convey.

Her influence on Mexican music

José Alfredo Jiménez, a most influential Mexican composer and performer, loved her stage presence. Thus, they became friends and parranda partners. Chavela toured with him several times. At that time, she became quite fond of drinking alcohol. She performed in clubs and cabarets with him but never in big theaters.

It was around that time when she met the painter Frida Kahlo. Apparently, they had an affair. She wasn’t her only lover, though. However, the world doesn’t know much about her sentimental alliances, as she was secretive about most of them.

The death of José Alfredo Jiménez devastated her and she found solace in drinking alcohol. She actually retired from the stage and basically relied on friends and acquaintances for room and board. Two of her friends helped her get out of the depression and then she got an offer to work in Spain, the other country that she considered her home away from home.

The end of her life

Chavela began a new stage of her life in Spain, where she was successful and happy. Pedro Almodóvar, the filmmaker, became her promoter. He said her songs made him cry even before he met her personally. Then, they became close friends as soon as they did. He even used several of her songs in his films.

Spain gave a new projection to Chavela Vargas’ life and career and she built many good friendships there. Joaquín Sabina, for example, Almodóvar himself, and Miguel Bosé among others. She already knew many people from Mexico and also Gabriel García Márquez, with whom she had dinner once a year, wherever they happened to be at the moment.

Chavela jumped from a parachute at the age of 80 and continued to sell out tickets for her performances until she was 90. She died when she was 94 in her beloved Mexico, after a tortuous trip to Spain in which she had practically said goodbye to everyone. It was a Sunday, as she wished, mainly because she didn’t want to “ruin anyone’s weekend”. 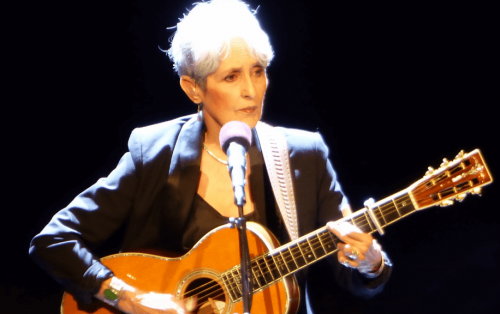 Joan Báez: The Biography of a Singer and Social Activist
Joan Báez is an icon of social activism and the fight for human rights. The weapon she uses to fight for her beliefs is music. Read more »

The post Chavela Vargas, Biography of a Mexican Icon appeared first on Exploring your mind.