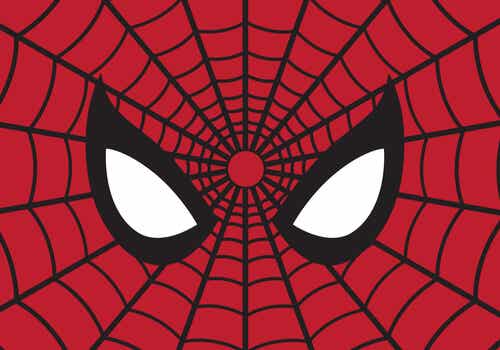 Today’s article will approach the world through the most motivating superhero quotes. Stan Lee, one of the most influential comic book writers in the world, associated the appearance of superheroic comic strips in the 30s and 40s to the public’s lack of interest in normal people.

Superman and Spider-Man are quite powerful. However, an important part of their story happens when they take off their suits. They must also deal with worldly matters, just like anyone else, such as finding a job, studying, and building relationships.

Thus, each comic book character draws heavily from various sources, such as the era in which their adventures take place, the talent of the scriptwriter on duty, the tastes and concerns of a given decade, and so on.

These characters have been scripted by professionals such as Alan Moore, Stan Lee, Will Eisner, Neil Gaiman, and Peter David. Furthermore, they’re deep and their lives either sadden, motivate, or excite audiences worldwide. Continue reading to find some of the most inspirational superhero quotes.

A lot has happened since Superman, created by Jerry Siegel and Joe Shuster, surprised everyone who looked at the pages of his comic book back in 1938. The Man of Steel with the red cape has given real-life lessons over more than eight decades.

As we mentioned above, the culture of every era is the main influence of every given superhero. Furthermore, social issues such as war, domestic abuse, corruption, labor exploitation, the rights of disadvantaged groups, racism, or even drug addiction are part of the story in many comic books.

Today’s article will discuss some of the most inspirational superhero quotes. The focus is on characters such as Black Panther, who embodies racial pride, and Wonder Woman, a symbol of the feminist struggle.

“It’s not always the fastest who excel. What’s important is being the last one standing.”

Wolverine is a Marvel character known due to his mutant status, but also for the firmness of his ideals and way of thinking. His adventures are linked to the X-Men saga, so he’s made appearances in most of the small and big screen adaptations.

Many people think that the important thing is to cross the finishing line, even if you don’t get there first. This phrase is sort of a follow-up of the idea that the beginning doesn’t matter as much as how it ends.

“There’s nothing wrong with being afraid as long as you don’t let it overcome you.”

Here’s another phrase that may sound like a cliché. However, it’s quite true. It’s from Captain America, a Marvel character who embodies the values of a rather idealized United States.

Be that as it may, fear is something natural, since it’s one of the main defense mechanisms. The problem begins when fear is due to a threat that’s either unreal or unlikely. That’s when it either censors or limits you.

“You allow that little artifact tell you what to do?”

An 80-year-old DC Comics character, Wonder Woman isn’t only a symbol of female empowerment but also of strength, courage, and kindness.

The quote above could have several interpretations. For example, people often have too much confidence in technology and push aside their instincts and convictions. At other times, they let themselves get carried away by the masses and the prevailing opinion, without taking their real needs into account.

“It’s decisions that make us who we are.”

The final quote here is by Spider-Man, one of Stan Lee’s most famous creations. This superhero has always been a symbol of Western society, as his daily concerns have nearly as much prominence as his adventures. He’s a reminder that one’s true self is the result of one’s own past decisions. Thus, every action, just like every decision, has consequences.

Granted, they may sound cliché, but superhero quotes can also be a source of inspiration and motivation. Keep in mind that there’s a scriptwriter, a person with literary talent and an enormous capacity for reflection behind every one of them. 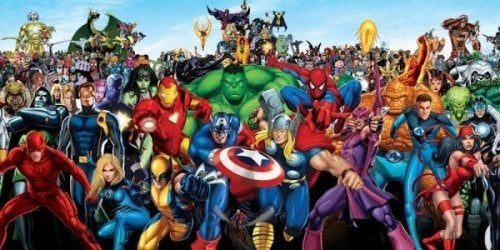 Why Are Superheroes’ Morals Important to Us?
Why are we so attracted to superheroes? Could the answer lie in superheroes’ morals? Read on and see if you agree with us! Read more »

The post The Most Inspirational Superhero Quotes appeared first on Exploring your mind.

Are Anxiety and Low Self-Esteem Related?