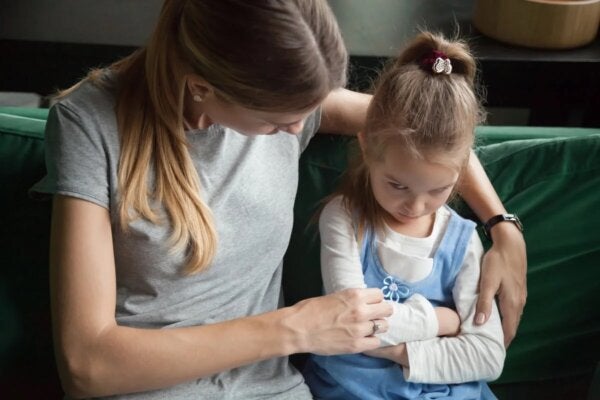 Parents with ASD (autism spectrum disorder) are invisible in our society. In fact, research on the subject of autism tends to only to focus on the subject of parents caring for autistic children. However, this is overlooking reality. Furthermore, it’s a reality that’s far more common than you probably think. It’s a subject that undoubtedly deserves attention.

Statistical data claims that more than one percent of the population could fall within the autistic spectrum. This suggests that many people haven’t been diagnosed yet. The reason for this is simple. ASD is a neurobiological condition that exhibits a wide manifestation of characteristics. However, sometimes, the symptoms aren’t very obvious.

There are people with Asperger syndrome and others with Rett syndrome. Some with severe communication difficulties, and others who don’t even realize they fall within the spectrum. Indeed, some individuals with high-functioning autism don’t link their difficulties and limitations to this neurobiological reality at all.

Some people with ASD have families and tend to exhibit a particular parenting style. You can find out about it here.

Having Asperger’s or being on the autistic spectrum doesn’t make you a bad parent. Simon Baren-Cohen is the director of the Autism Research Centre at the University of Cambridge (UK). He confirms a fact that should’ve been recognized long ago, that people with autism are fully able to participate in all aspects of life. This includes being a parent.

We mention this oversight because, in 1988, Dr. Edward Ritvo, a psychiatrist at the University of California sent an article to the Journal of Autism and Developmental Disorders. He named it “Eleven autistic parents”. The journal denied its publication ten times. This was because they considered it impossible for people with autism to have a family.

In the end, Dr. Ritvo had to change the title of his work to “Eleven possibly autistic parents” so that the scientific community would accept it. Indeed, until recentlym ASD was considered to be a severe and disabling disorder. However, fortunately, this perspective has now changed. Nevertheless, more progress and breakthroughs in this area are still needed.

There’s an overwhelming amount of research on children with autism, but not on adults, which is strange. Because they’re part of our society, they work, have their own dreams and goals, have partners, and enjoy raising their children.

Let’s find out what parents on the autistic spectrum are like.

As we mentioned earlier, there aren’t many studies on the subject of adults with ASD. However, one figure who’s interested in finding out more about this subject is Dr. Simon Baren-Cohen, also mentioned above. He organized an online survey of parents suffering from ASD.

He discovered that mothers with ASD were more likely to develop pre- and post-natal depression. Because many of them feel overwhelmed and above all, alone. Most commonly, they lack the support to manage these kinds of emotions.

If diagnosed, parents with ASD suffer prejudice and pressure from the environment

Social pressure and stigma is another problem that parents with ASD face. In fact, if they’re diagnosed, it’s quite common for family, friends, and colleagues to ask if they’re up to the responsibility of parenting.

This causes high levels of suffering.

Multitasking problems when caring for a child

Multitasking is enough of a problem for any parent. However, parents with ASD experience even more of a complex challenge.

This is because their minds tend to focus in-depth on just one particular subject. Therefore, having to listen to see if the baby is crying, whether or not to change their diaper, and coping with housework, among other tasks, can prove very problematic. For this reason, they usually tend to make lists to help them manage their daily chores.

Overstimulation is a recurring problem

Communication with the child’s social environment

Dr. Baron-Cohen found that more than 60 percent of parents with ASD find it difficult to communicate with teachers, doctors, and other professionals related to their children. This is extremely problematic and exhausting for them.

Parents with ASD love their children with the same devotion as any other parents. They look after them and wan0t the best for them just like anyone else. However, they know that they have certain limitations and that they’re unable to handle certain aspects of parenthood.

For example, they suffer by not being able to respond to their little ones when they have a tantrum. Furthermore, they find it difficult to support their children whenever they feel frustrated, angry, or sad. Emotional education is hard enough for everyone, but an ASD sufferer finds it even more difficult. They find things even harder when the child reaches adolescence.

One interesting fact that came to light from the online survey was that fathers with ASD exhibit, on average, more of an authoritarian parenting style.

Finally, it’s evident that two things are required in this area. Firstly, more research on what ASD is like in adulthood. Secondly, the development of services of care and support for these kinds of parents. This way, they’d feel more competent and would be able to enjoy the whole process of parenthood a lot more. 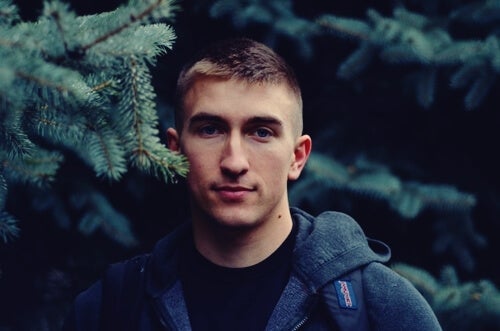 Adults with Autism: Psychological and Social Challenges to Well-Being
Autism in children is the focus of much attention and study, but it’s also important to treat adults with this disorder. Luckily, there are many options. Read more »

Ways to Manage Teenage Use of Social Networks