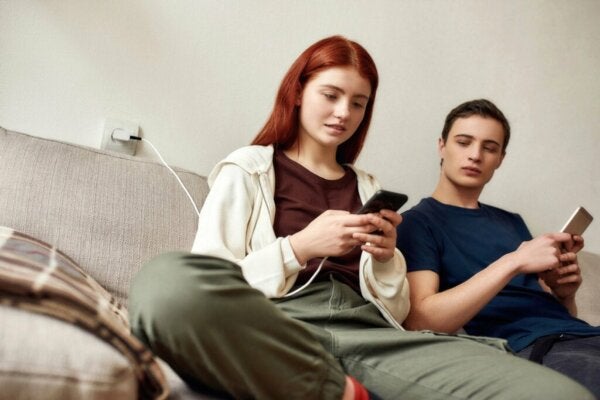 Cyber dating abuse is a form of violence that’s increased by up to 40 percent in recent times. It usually afflicts teenagers and the cell phone is the main mechanism of surveillance, domination, and psychological abuse. Is there a way to avoid it? What educational and preventive guidelines can parents put in place to reduce its impact?

The truth is society is facing a relatively new phenomenon that requires the unanimous collaboration of a large part of the social agents, family and school included. Cyber dating violence in young couples reveals, once again, that abuse is a reality that continues to make itself at home in any form of communication or relationship between people.

New technologies are now one more mechanism to exercise domination over the other. What’s problematic is that recent research shows that psychological violence is present in 9 out of 10 young couples.

For example, teenagers continue to believe certain harmful myths, such that jealousy is an unequivocal sign of love. Also, that a couple has the right to cross the lines of privacy and intimacy when it comes to cell phone use. All of this sets up a scenario that’s as problematic as it is worrying.

“Who are you talking to? Who’s that in the picture? Let me read your messages. Give me the passwords to your social networks. Delete what you’ve uploaded on Instagram because I don’t like it”. Preventing cyberbullying is more complicated than you think due to the fact that one in three young people considers it inevitable. Most think these types of dynamics are acceptable in relationships.

Currently, cyberpsychology, that new field of study that analyzes the relationship between people and new technologies, is clear about one thing. Cyber violence towards one’s partner is the most common type of abuse among teen relationships. It’s due to the permissiveness and tolerance to this type of behavior, which not everyone relates to psychological abuse.

Thus, wear and tear are devastating when this type of bullying goes on for a while. The victims display serious problems at all levels: social, emotional, and physical health. Many of these teenagers are completely subordinated to the representation of romantic love.

This scheme justifies domination and the idea that being a partner means leaving no room for privacy, intimacy, and even less individuality in many cases. Thus, the control exercised over the mobile is part of it as domination extends to any area of the significant other’s life.

Teenagers need to reformulate many of the ideas they have about relationships. Schools and institutes must develop educational programs from which to clarify the foundations on which one builds healthy, enriching, and wholesome love. Society needs to disinfect concepts such as that being a couple gives one the right to control their partner.

Therefore, what young people, especially teenagers, must understand from an early age is that being a couple means being able to trust the other person. Any form of control is repressive and painful and none of it is right.

2. The use of your cell phone is yours alone

You shouldn’t give any means to cyber-control. Thus, never share your passwords with your partner. You don’t have to prove your love by giving them absolute control over your cell phone. The other person doesn’t have the right to read your messages, ask you to block certain people, or delete certain posts.

Your cell phone and what you do with it every day belongs only to you. Furthermore, it’s private, intimate, personal and that dimension doesn’t belong in the hands of others. Even if those hands belong to your partner.

Asking for an immediate response every two seconds. Getting angry and insulting you when you’re online and not talking to them. Treating you with contempt or making fun of you for that picture you posted on Instagram. Forbidding that you talk to certain people. Demanding that you give them your cell phone when they ask for it. Asking where you are and what you’re doing every few minutes. All of these are examples of cyber dating abuse.

Thus, you have to start from a simple rule of three in order to avoid this kind of control: anything that makes you feel bad and you consider disrespectful isn’t rooted in love.

4. Everything can go better: don’t hesitate to ask for help

As we mentioned at the beginning, many teenagers normalize psychological abuse and cyberbullying. This is because they take for granted that these practices of domination and denigration are normal in an affective bond and this is why they can go months without taking action. Thus, tolerance and, even more so, the inability to understand that what’s happening is violence, often makes it difficult for them to ask for help.

The closest environment, family, school, and group of friends must be able to detect the signs. Educating in healthy relationships and knowing how to identify psychological abuse is something children and teenagers should learn as soon as possible. This is the only way they’ll be able to detect this reality when they or their friends experience it.

Finally, and not less important, they should also remember they can get out of that painful situation at any time. Thus, everything can be better, everything can be solved. Then, the only thing they have to do is ask for help from an adult. This is because the only way to avoid cyberbullying is by educating children and working as a team with them. 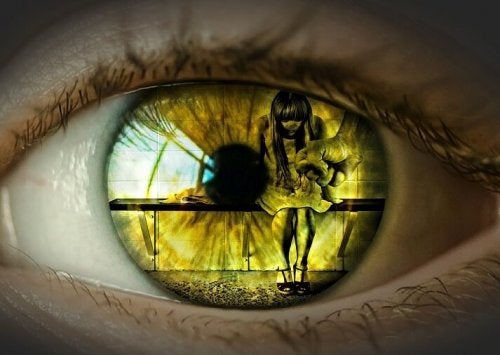 7 Common Types of Violence That We Face
Violence is one of those epidemics that doesn’t respect limits or borders. Unfortunately, there are many types of violence, and you can find it everywhere. Read more »

The post Cyber Dating Abuse – How to Regain Control appeared first on Exploring your mind.