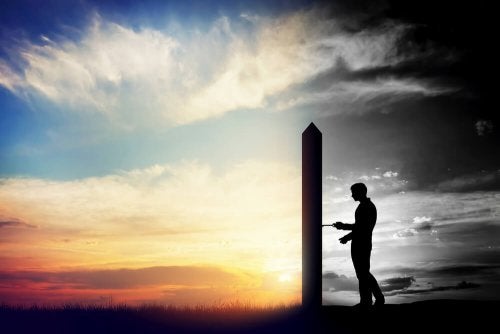 Psychologist Paul K. J. Han has cataloged three types of uncertainty: probability, ambiguity, and complexity. This is an interesting contribution since uncertainty is usually referred to as uncertainty as such but the forms it takes in certain circumstances aren’t specified.

Each of the types of uncertainty refers to the source or cause of that state. It’s clear that uncertainty isn’t always due to the same factor. In general, it has to do with a condition in which there’s no certainty about the development or consequences of something but this absence of knowledge may be due to various reasons.

“Education is the path from cocky ignorance to miserable uncertainty.”

The three types of uncertainty

All types of uncertainty are an unavoidable part of any person’s life. This lack of certainty can cause disquiet or even anxiety, although it’s present in almost everything you do, even if you pretend it isn’t. Continue reading to study each in more detail.

1. Probability, one of the types of uncertainty

The first type of uncertainty is probability. It’s related to those situations in which it isn’t possible to weigh the level of risk of a situation or a decision. This is generally due to the fact that many variables are at work at the same time. Thus, it’s impossible to predict consequences and outcomes.

An example of this type of uncertainty could be a serious illness. There’s information about the condition and even a general prognosis for it. However, there are no certainties about how a person might react to a treatment. Its development isn’t definite either.

People are often led by an optimistic bias in these circumstances. In fact, they tend to assume that there won’t be any negative effects in the end, even though there’s no real basis for this assertion. In such situations, it’s important to consider possible negative scenarios as well.

The second type of uncertainty, according to Paul K. J. Han, is ambiguity. It corresponds to those cases in which there are doubts about the development or effect of some situation or decision due to a lack of reliable information. What’s available is incomplete, confusing, or not entirely reliable.

A typical situation, in this case, could be the use of an experimental drug. There’s no certainty about its effectiveness nor is there fully corroborated information about its possible side effects. Thus, the estimated risk could vary significantly at some point.

In such a situation, you must investigate and gather as much information as you can, hopefully from various reliable sources. It won’t completely fill the information gap but it’s possible to reduce the margin of uncertainty to some extent and make a more responsible decision. It’s also important to calculate the risk and weigh the benefit. This is because too high a risk or too low a benefit tips the balance toward refraining from doing something.

The third and last type of uncertainty is complexity. There’s a problem that’s difficult to understand in these cases because it’s a new or uncommon situation and there isn’t much experience with it. Thus, it leads to the most intense sense of uncertainty, as it exposes many vulnerabilities.

A common example might be damage to a computer. It suddenly stops working and you apply the known correctives measures but it isn’t enough. Another illustrative example was the 2020 crisis. It bewildered the entire world and there was no clear course of action.

It’s important to stay calm when faced with this type of uncertainty. Take an emotional distance from such situations in order to see them in perspective. Then, begin to interpret what’s going on. You must also get used to the idea that the solution won’t be immediate. Thus, it’s important to do more research on it.

All types of uncertainty provoke some degree of concern because humans like to “play it safe”. An intelligent approach is to accept the inevitability of uncertainty and learn to deal with it. 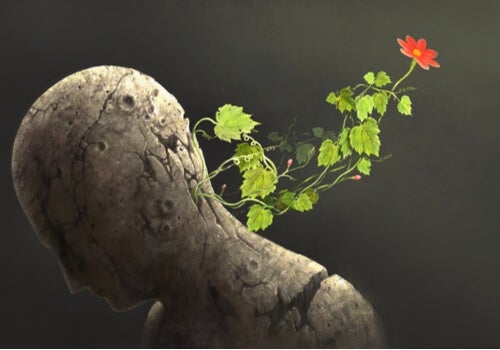 Becoming Antifragile – Navigating Uncertainty
Those who are antifragile move forward with confidence, even in the midst of crises and hardship. Find out more in this article. Read more »

The post The Three Types of Uncertainty in Life appeared first on Exploring your mind.

Paul Watzlawick and the Art of Becoming Bitter