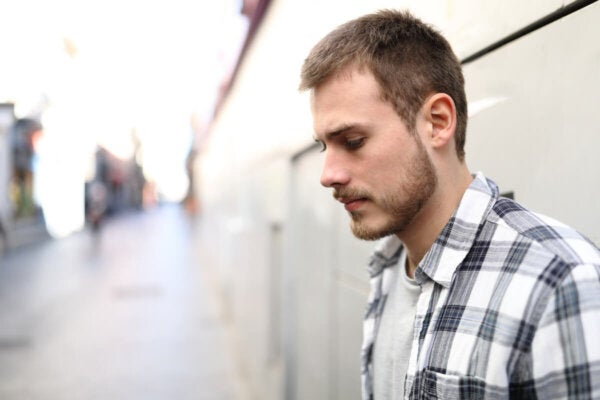 Philosopher Albert Schweitzer once said that psychological wellness is more than good health, it’s also a mental attitude. Indeed, this idea is logical and meaningful as such. However, attaining psychological wellness doesn’t depend only on your attitude towards things. After all, your surroundings also influence you and you can’t always control it.

Igor Grossmann, Professor of Scientific Psychology at the University of Waterloo in Canada, points out that ours is an increasingly individualistic society. It’s been evident since the last century and now, in the midst of the technological era, it’s reaching its peak. This means, for example, that people come to assume that happiness is something they have to attain for themselves through willpower and determination.

People also tell themselves they can attain any goal with motivation, that they can do anything as long as they work hard. That being positive is all you need to be well. It’s dangerous to place all responsibility for your well-being on your own shoulders. This is because everything can vanish at the slightest moment. Not everything is under your control and it doesn’t depend on you.

Sometimes, fate unexpectedly sets you back and it’s painful. The people around you often leave, betray, and disappoint you. In the light of these situations, you can only be aware that being happy isn’t entirely in your hands. Mainly because adversity is often a chaotic factor that no one can foresee.

Attaining psychological wellness is a daily task and not an end one achieves just like that. Sometimes, it’s important to keep taking care of and dealing with small and big challenges that arise on a daily basis even if you feel you’re in a good place. For example, you can be really happy in your relationship or be at a great place professionally.

However, things you can’t control happen and create stress, anxiety, and worry. Thus, it doesn’t happen because you’ve done something wrong.

For instance, the company you work for suddenly downsizes and you end up without a job. It doesn’t make you less suitable. Economic crises often alter a large part of the labor and social substratum.

Thus, you’re not a loser if at some point you go into a depression due to unemployment. It doesn’t make you weak and doesn’t mean you’re a coward. People react like humans in the face of any complicated circumstance. In fact, we’re all interconnected, embedded in a context of events (often unexpected) that always affect each other to a greater or lesser degree.

So what does being mentally and emotionally well depend on?

However, there are no absolutes in psychology, as with most things in life. Nothing is black and white,  nothing is entirely good or entirely bad. Thus, the opposite of happiness isn’t unhappiness, it’s fear. This is why you must realize it’s all made up of multiple factors. Few realities are complex when it comes to psychological wellness.

Psychologist Carole Ryff came up with a theory on how to achieve psychological wellness that’s both interesting and useful in the 1990s. She based this approach on Aristotle’s The Nicomachean Ethics and offers six solutions:

Achieving psychological wellness depends on things that aren’t 100% in your hands. Often, society doesn’t allow absolute autonomy, you don’t have control over everything that surrounds you. This is why the relationships with your loved ones aren’t as positive as you’d like them to be.

Psychological wellness isn’t always possible and this is normal

There’ll be good and bad days, this is normal. Thus, you can’t maintain the same energy, optimism, and motivation every day because you’re a person, not a robot. Anything that surrounds you will have an effect on you. This is why being vulnerable to unforeseen events, to what’s beyond your control, is perfectly acceptable and understandable.

In the end, it’s just about knowing how to deal with and navigate what you encounter on a daily basis. There’ll be days when you’re happy and times when you’re extremely unhappy. Some days will be difficult and others peaceful and full of satisfaction.

Existence isn’t easy so you must learn to navigate through uncertainties while trying to be at ease with yourself. 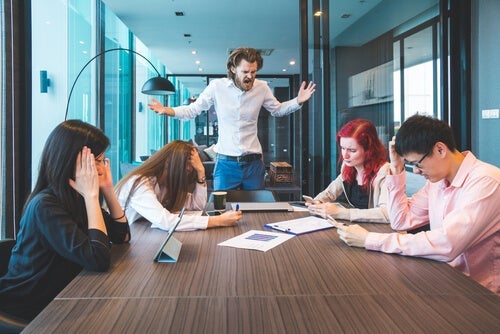 Toxic Work Environments and How to Survive Them
Toxic work environments can damage your health, amongst other unpleasant consequences. Here are some tips on how to deal with them. Read more »

The post Psychological Wellness Doesn’t Depend on You Alone appeared first on Exploring your mind.

Moral Distress – Being Clueless About What to Do