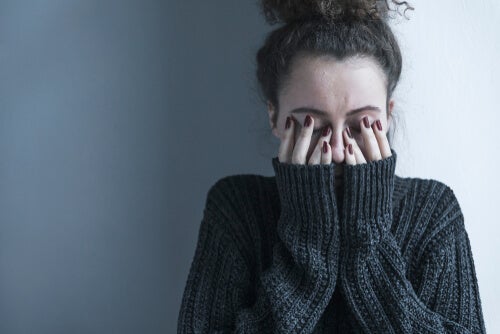 At this moment, transdiagnostic protocols are gaining a lot of importance in the treatment of different emotional disorders. They’re based on recognizing that different diagnostic categories often share common factors.

American psychologist and emeritus psychology professor, David Barlow, designed a very interesting treatment. The name is Unified Protocol for Transdiagnostic Treatment of Emotional Disorders. With it, he tried to treat a wide spectrum of emotional disorders that share certain characteristics. By doing that, according to him, it’d be possible to benefit from the same techniques and strategies.

This cognitive-behavioral treatment incorporates principles of other treatments endorsed for the diagnoses it can work with.

The fact of starting to carry out treatments following the transdiagnostic approach to emotional disorders can be very efficient and effective. UP makes it possible to carry out an integrated treatment, not only for the patient’s main issue but also for the comorbidities that they’re presenting. For example, anxiety and depression have been found to coexist in a large percentage of patients.

Moreover, it’s been used successfully in people with agoraphobia, patients with hypochondria, specific phobia, PTSD, and major depression. From this approach, the main common factor seems to be a deficit in emotional regulation skills.

What exactly is emotional regulation?

Emotional regulation refers to the capacity of emotional intelligence based on the good management of emotions. Knowing how the thought-emotion-behavior cycle works is imperative, as it’s basically the only way to be better able to exercise greater emotional control. Emotional regulation, in turn, harbors several sub-competencies. Here are some of them:

To replace these strategies, the patient goes through a series of modules. Basically, each one is dedicated to working on a type of strategy. In total, there are eight modules, which we’ll be talking about below.

The transdiagnosis protocol for emotional disorders consists of eight modules in which different strategies are carried out with the ultimate goal of learning to regulate one’s own emotions and carry out more adaptive coping.

Module 1. Enhancement of motivation for commitment to therapy

At first, it’s important for the patient to develop the appropriate motivation to hop on the journey of therapy. The techniques used in this stage are the decisional balance, with which the patient analyzes their reasons for changing and starting therapy. Also, they must go through a stage where, for one, they set personal goals and, secondly, their concerns are validated. This way, they’re able to get new perspectives to solve problems.

In other words, it’s understood that the patient may have concerns but is urged not to stay in them. Instead, they must go out and explore alternative and more functional ways.

Psychoeducation is carried out with the patient. There, the professional explains that emotions are neither good nor bad, but adaptive or dysfunctional. This psychoeducation is necessary due to the strong tendency in society to avoid and flee from the most negative emotions, as if they were atrocious.

In addition to talking about emotions, it’s vital to explain the three-component model of emotional experience. They learn how thoughts influence emotions and, in turn, behavior.

It’s also important for the patient to learn to perform a functional analysis of their own behavior, identifying antecedents and consequences. This way, it becomes easier to see what’s causing the problem and what’s maintaining it.

In this module, the patient learns, little by little, that they can cope with the temptation to judge their emotions. The person’s encouraged to come into contact with the way they feel but without imposing labels; just focusing on the present moment. One of the techniques also carried out in this module is mood induction with music.

Module 4. Cognitive evaluation and reassessment, an imperative step in the unified protocol

In this module, the patient undergoes training to detect negative automatic thoughts. Once the patient is able to capture them, they learn to analyze the distortions that they normally make (catastrophizing, magnification, and arbitrary inference, among others) and, also, they learn to carry out a cognitive reinterpretation to increase the flexibility of thought and come up with alternative thoughts.

Here, the mental health professionals present the concept of safe behavior for those actions that seek emotional avoidance. There are three emotional avoidance strategies that the patient has to understand correctly in order to modify them:

This module of the unified protocol aims to reduce the intensity of certain sensations and emotions; both those associated with an external stimulus and those associated with an internal one that the patient considers aversive. For example, the anxiety experienced the day before a job interview may lead a person to prepare very well for the interview, sometimes excessively.

In this module, the patient must identify maladaptive EDBs and develop different action tendencies. As you can see in the example, in the EDB, the negative emotion is already occurring.

On the contrary, in the avoidance behaviors explained above, the emotion hasn’t yet occurred and the patient tries hard to avoid them.

Interoceptive exposure is usually done to voluntarily elicit the physical sensations that an individual may fear during a panic attack.

Module 8. Psychoeducation on medication and comorbidities and achievements and relapse prevention

As the name suggests, the last module helps the patient understand the effects of drug treatment, assess the possibility of implementing it, become aware of the achievements, and continue to practice all the strategies learned in order to avoid relapses. The transdiagnosis protocol for emotional disorders is proving to be more and more effective as time goes on. More than effective, it’s efficient since it can provide the same treatment to a large number of people.

The professional selects the techniques according to their level of efficacy and, to this day, have had good therapeutic results. However, the most important thing is adapting psychological treatment to each patient. Although there are protocolized treatments with the one we present, it’s essential that the clinician distinguishes the patients they can apply it with or the cases that require other intervention alternatives that have also proven effective. 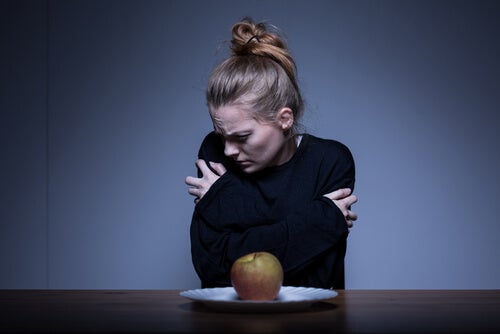 Emotional Regulation and Eating Disorders
Emotional regulation is an important skill everyone should foster. However, it is especially important for those who suffer from eating disorders. Read more »

The post The Unified Protocol for Transdiagnostic Treatment of Emotional Disorders appeared first on Exploring your mind.

Description and Characteristics of the Frontal Lobe