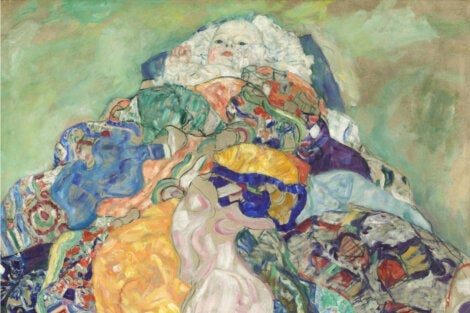 Gustav Klimt was born in Vienna, Austria, in 1862. Klimt is famous because he founded the Vienna Secession movement. He also opened an art studio in 1883 that specialized in murals.

While Klimt’s first paintings were in the Classic style typical of late 19th-century, his more mature style emerged around 1897 thanks to the Vienna movement. This group of painters rebelled against academic art with their decorative style that was similar to Art Nouveau.

Klimt was a part of that pictorial trend, the movement based on creating art that was new, fresh, liberated, and honest. But why? What’s truly behind some of Klimt’s most iconic paintings?

“Art is a line around your thoughts.”

Klimt was trying to get closer to the truth with his art. He wanted to explore the unconscious. He wanted to know what moved him to paint one thing and not the other. That curiosity, that essential question, led him to paint the same thing repeatedly, with the same colors and the same shapes and figures.

Klimt took a special interest in the psychology of his own art so that he could then have an influence on the mental processes of the viewer. According to an article published by researcher and professor Erik R. Kandel, director of the Kavli Institute for Brain Sciences at Columbia University, some artists such as Klimt express their thoughts and psyche in their paintings but their work is also a reflection of who’s observing the artists and what’s motivating them to do the work.

A study published in a book called The Age of Insight seeks to reveal what painters from more than a century ago can teach us about the brain. The book asks questions such as: What leads a painter to paint one thing and not the other? How does the viewer respond to that?

The answers to these questions have psychological and neurological implications about how we see and perceive art, how we think and feel, and how we create art.

In his book, Kandel talks about how Gustav Klimt painted the unconscious. He was especially interested in female sexuality, and his work helped enrich our understanding of this often taboo subject. He stated that women have a sexual life that was independent of that of men. In that sense, he understood that sexuality isn’t a pure impulse that exists in and of itself but that it can become intertwined with aggression.

Klimt had a strong interest in biology. He read Darwin and attended conferences and dissections of Austrian physician Rokitansky. Klimt looked through a microscope and started incorporating images of cells and other structures in his paintings. All of the oval shapes in his paintings represented eggs (ovules) and the rectangular shapes symbolized sperm.

You can see examples of this in his famous painting, The Kiss. However, it’s much more explicit in his painting titled Danae, in which Zeus is impregnating Danae with a shower of gold coins. The rectangles symbolize that the coins are actually sperm and she looks like a reproduction machine.

As the viewer moves from the left to the right of the canvas, Danae becomes the rectangular sperm and the spheres become fertilized eggs to symbolize conception.

One of the cornerstones of psychoanalytic thought is that the best way to explore the unconscious mind of other people is to explore your own first. At the time, Freud was studying dream interpretation and Klimt dreamt only of women. Consequently, he only painted women.

Psychoanalyst and art historian Ernst Kris, along with art historian Ernst Gombrich, argue that all works of art are intrinsically ambiguous. Each individual interprets them differently and stores those interpretations in their memories. Later, they use them to continue to interpret reality and come up with new ideas.

In conclusion, this idea fits right into the hypothesis that the brain is a creative machine. Likewise, according to the study from Erik Kandel, if you show someone an image of the person they love, their dopamine cells become very active. On the other hand, if someone you’re interested in romantically rejects you and you see a photo of that person, your cellular response is even more intense. Intense and authentic, just like life itself. 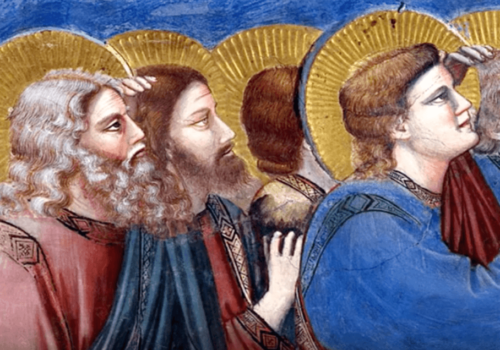 Giotto di Bondone, An Encounter Between Art and Faith
Giotto di Bondone was born between 1266 and 1276, in Vespignano, near Florence, Italy. He was a rather influential painter. Read more »

The post Gustav Klimt and the Search for Psychological Truth appeared first on Exploring your mind.