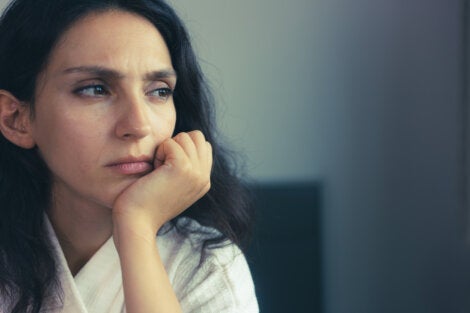 As the British barrister George Carman famously said, “Mixed feelings, like mixed drinks, are a confusion to the soul”. Although they’re confusing, they’re also normal. Ambivalence and contradiction are an integral part of the human experience. For example, feeling simultaneously enamored of and irritated by your significant other is normal. We’ve all been there.

You don’t have to be going through a particularly tumultuous time in your life for this to happen, either. Having a love-hate relationship with someone or something is so common that the phrase “love-hate relationship” is widely used and understood. Everyone has mixed feelings, as they’re a natural part of our psyche.

The mind isn’t a perfect machine but that doesn’t mean you have to resign yourself to feeling those kinds of contradictions. Today, we’ll take a look at what mixed feelings are and share some strategies to help you deal with them.

What are mixed feelings?

Everyone experiences mixed feelings or mixed emotions at some point in their life. On the surface, they’re contradictory feelings towards an object or situation. For example, as we mentioned above, feeling love and hate for someone at the same time.

This paradox of emotional coexistence can be pretty uncomfortable and cause many inner conflicts. In Freud’s words, “Clinical observation shows not only that love is with unexpected regularity accompanied by hate (ambivalence), and not only that in human relationships hate is frequently a forerunner of love, but also that, in many circumstances, hate changes into love and love into hate”.

Although love and hate are the most obvious mixed emotions, they aren’t the only ones. Attraction, repulsion, affection, respect, disgust, anger, and indifference are all common as well. As you know, the range of human emotions is extensive and each emotion has its own individual nuances.

Psychiatrist Eugen Bleuler (1910) was the first to talk about the concept of emotional ambivalence. He used it to refer to situations in which opposite feelings coexist.

Thus, ambivalence can be used to describe not only pathological situations but also different aspects of “normal” non-pathological psychology.

How to deal with mixed feelings

Accepting and managing situations that produce mixed feelings is never easy, especially if one of those emotions is undesirable. For example, feeling a sense of freedom and relief when a person you’ve been taking care of for a long time dies.

The simple act of facing these contradictory emotions can cause frustration, anger, sadness, uncertainty, and indecision. It might make you feel like you’re stuck, with no idea about how to move forward. So what can you do? Here are some ideas:

What does science say?

Studies show that mixed and contradictory emotions aren’t necessarily a sign of indecision. Instead, they’re related to the emotional complexity of the individual in question.

In other words, humans have a rich emotional life that makes it possible to feel these seemingly contradictory emotions.

The ability to differentiate between emotional states

A 2016 study conducted by researchers at the University of Waterloo (Grossmann, Huynh, and Ellsworth) on 1,396 people from 16 different cultures studied this issue. It had surprising results.

The participants were supposed to indicate the emotions they felt during different life situations (a conflict with a family member, an illness, or being overworked, for example).

Researchers found that, in Western culture, we believe that negative emotions are negative or undesirable. We relate them directly to indecision. On the other hand, the study found that people with mixed feelings are actually better at differentiating between their emotional states and tend to be better at finding balance in their lives.

Have you been in this situation? How do you usually act when you have mixed feelings about something? We’ve shared some strategies on how to deal. However, as with most things human, there’s no magic formula to fix them.

But don’t despair! Simply being aware of our own human complexity and knowing that everyone has doubts can put your mind at ease. You simply have to learn to live with that emotional ambivalence. You have to bask in the discomfort, reminding yourself that these emotions make you uniquely human.

As we mentioned above, however, if you feel overwhelmed or overcome by these emotions, don’t hesitate to ask for help. Remember that every emotion exists for a reason. Try to learn from them. Instead of fighting them, allow yourself to feel, no matter how confusing your emotions might be. 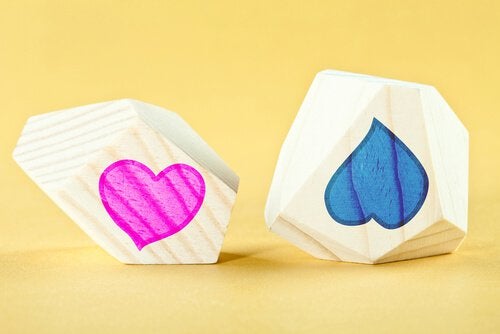 Feeling Love and Hate at the Same Time
We know what it is to feel love, and also what it is to hate someone. But what happens when they’re both felt at the same time? Why do we feel both love and hate towards someone? Read more »

The post Mixed Feelings – What They Are and How to Deal with Them appeared first on Exploring your mind.

9 Differences Between Alzheimer’s and Frontotemporal Dementia