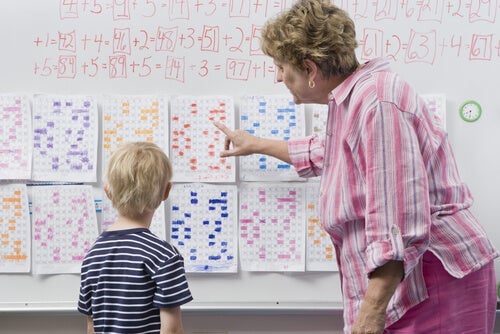 Have you ever heard of the reactive spiral? It’s an utterly interesting Buddhist concept. In other words, energy is one of the fundamental concepts of Zen Buddhism. Thus, it flows constantly. Plus, we must regulate it so that it doesn’t generate imbalances. If these occur, the so-called spiral begins. A cycle from which it’s difficult to get out and whose result is anguish.

Likewise, in Buddhism and mindfulness, people speak of a positive and a negative form of stress. Most importantly, negative stress is due to the reactive spiral. In this, there’s a chain of attitudes and behaviors that lead to a significant decompensation. Believe it or not, this chain affects both the body and the mind.

Therefore, the important thing about identifying the reactive spiral is that, if we’re able to recognize it, we’re also better able to avoid it. In other words, the right thing to do is to prevent the first stage from taking place. Therefore, avoiding the initiation of that chain leads to a state of lack of harmony.

“There’s a boundary to men’s passions when they act from feelings. But, none when they are under the influence of imagination.”

Definition and a brief history of Buddhism

Firstly, Buddhism is a non-theistic religion, where there’s no belief in a creator god. Secondly, it’s also a philosophy and a moral discipline. Buddhism originated in India in the 6th and 5th centuries BCE. Most importantly, the sage Siddhartha Gautama, a.k.a. Buddha, founded it. According to legend, he was a Hindu prince before abandoning his position.

In other words, he abandoned his position and wealth to become a spiritual leader. So, this enlightened leader taught others many things. For instance, the means by which they could escape samsara. Likewise, he taught them the suffering cycle, rebirth, and death. The Buddha developed the belief system at a great time. In fact, India was in the midst of significant religious and philosophical reform.

So, Buddhism was, initially, one of many thought schools developed. But in response to what they saw as the failure of orthodox Hinduism to address people’s needs. It remained a relatively minor school until Ashoka the Great’s reign (268-232 BCE). Later, the Mauryan Empire embraced it. Likewise, it spread the belief, not only through India but also through Asia.

In other words, even if Hinduism was a dominant faith back then, change was necessary. It’s no surprise that a wave of religious and philosophical reform swept the land. Firstly, scholar John Koller notes how, “A major social transformation from agrarian life to urban trade’s underway, leading to questioning old values, and institutions”. Hinduism is all about accepting the scriptures, a.k.a. the Vedas. Likewise, they thought them to be eternal emanations from the universe. But human beings didn’t create them.

Did you know that Buddhism and mindfulness practitioners don’t consider stress good or bad? However, depending on how we channel, it can become one kind or another. Firstly, practitioners consider good stress eustress. On the other hand, they consider bad stress, distress. Plus, distress gives rise to the reactive spiral.

Likewise, eustress derives from that certain imbalance that arises when we truly challenge ourselves. For example, when we set out to achieve a goal. In this sense, the novelty can produce some anguish. However, because you want it and consider it positive, this translates into excitement or enthusiasm. Thus, it simply doesn’t imply negative consequences.

On the other hand, distress is a destructive tension. It originates from accumulating worries or facing a task that produces fear or rejection. Thus, this type of stress fatigue dulls and also affects the body. It manifests as anxiety, becoming instinctual, erratic, and irrational-

This old Buddhist story discusses a young man who couldn’t advance in his spiritual enlightenment. Sadly, no matter how hard he tried, he couldn’t grow mentally and spiritually. So, the Buddha wanted to help him. For instance, he used a metaphor to truly make him understand his mistake’s articulation.

Therefore, when you want to advance and there’s an excess of effort in it, you force the mind. This causes way too much stress. Thus, instead of promoting growth, it stops it. Something similar happens in the opposite situation when we want to advance. But we don’t accompany the desire for sufficient tension, idleness ends up winning the game.

Firstly, we don’t automatically sink into the negative spiral of stress. Before falling, we follow a series of behaviors that increase our inner tension. Thus, instead of stopping this destructive force, we unknowingly unleash it. The components of the reactive coil are the following:

In short, the reactive spiral begins with inattention and distraction. Since we’re not aware of the present moment, it’s easy for us to lose perspective of situations and not manage our emotions effectively. Therefore, as long as we’re vigilant, we won’t fall prey to the reactive spiral. We usually complain from time to time about what happens to us. But there’s a problem when we turn the complaint into a lifestyle.


Token Economy to Change Behavior
The token economy is a widely used behavior modification technique. Its use aims to promote and reinforce non-spontaneous behavior. Read more »

The post The Reactive Spiral: An Interesting Buddhist Concept appeared first on Exploring your mind.

A Lack of Vitamin B12 Can Cause Cognitive Decline