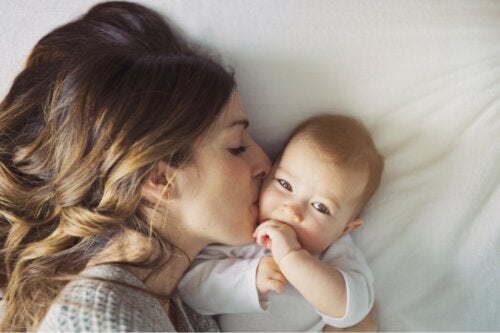 Did you know that coercive persuasion refers to social influences capable of producing substantial behavior and attitude change? Believe it or not, they use coercive tactics and persuasion, via interpersonal and group influences. This tactic is also known as brainwashing, mind control, and psychological coercion. In fact, brilliant psychologist and former MIT professor Edgar Schein originated the term in 1961.

In other words, he coined it in relation to his Chinese POWs “indoctrination” study. He mentioned it in his book Coercive Persuasion: A Socio-psychological Analysis of the “Brainwashing” of American Civilian Prisoners. According to Schein, brainwashing’s essence is producing ideological and behavioral changes in a mentally intact person.

Secondly, he notes that elements of brainwashing exist in many areas of human endeavor. For example, college fraternities, established religion, social rehabilitation programs, the armed forces, and other institutions. Lastly, he suggests that the popular image of brainwashing as entailing extensive self-delusion and excessive mental distortion is false.

So, coercive psychological systems use psychological force to cause the learning and adoption of theologies. For instance, beliefs, ideas, attitudes, or behaviors. They subject a victim to many coercive influences and stress-producing tactics over time. Therefore, in a coercive environment, they force the victim to a series of small steps.

Each step is so small that the subject doesn’t notice the changes or identify the process’s coercive nature until later. Likewise, they reinforce the tactics in a group setting by deceived friends of the victim. Psychological coercion overcomes the individual’s critical thinking abilities and free will, apart from any appeal to judgment.

Firstly, experts study brainwashing in managerial psychology, psychology of religion, epistemology, and civil law. They also study it in politics, diplomacy, and different aspects of sociology. Most importantly, in academic fields, they interchangeably use the terms coercive persuasion, coercive psychological systems, or coercive influence.

Lastly, they use brainwashing as a deterrent in diplomacy and warfare, using a threat to use force. For example, they use a credible threat to escalate a crisis or war to a more dangerous level. Scholars Langone and Ungerleider use the term in the same sense as brainwashing thought reform or mind control. Likewise, they connect it to methods of cultic groups in acquiring and retaining members.

The APA made a similar statement in 1987 regarding the study Deceptive and Indirect Methods of Persuasion and Control. Above all, there are several court cases involving coercive psychological persuasion. In the case of Molko vs. Holy Spirit Association and, the plaintiffs connected coercive persuasion to the legal concept of undue influence.

Secondly, in the case of Wollersheim vs. Church of Scientology, the plaintiffs connected brainwashing to undue influence. Tactics mentioned in describing coercive persuasion can include everyday methods like hard sale tactics or Liton’s environmental control tactics. Most importantly, Robert Lifton is a prominent American psychiatrist and author. The world knows him for his studies of the psychological causes and effects of war and political violence.

As mentioned before, Schein was one of the original psychologists who investigated coercive persuasion. In other words, he identified three basic stages similar to Kurt Lewin‘s freeze phases. Today, people consider this influential psychologist the father of social psychology.

Through Schein’s three stages, they keep the person unaware of the intent of conversion. Most importantly, they frame their activities by being friendly or casual.

In this stage, they shake the person’s current beliefs, and thoughts such that they start to doubt themselves. Therefore, they seek alternative ways of understanding.

The ‘Changing’ phase is where new behaviors, beliefs, and values are instilled in the target person. And, Schein identified the following activities systems use during changing:

Refreezing involves fixing the new beliefs into the basic patterning of the individual, making them normal. Therefore, the person uses these patterns without thinking in relevant situations. It’s important to isolate the person from any disconfirming evidence or other persuasive forces. In fact, these forces will pull them back to their original beliefs. Lastly, the person can’t criticize the new ideas in any way.

The tactics of social and psychological coercion often involve both anxiety and stress. Therefore, they fall into seven main categories:

How coercive psychological persuasion differs from other kinds of influence

Firstly, benign social learning and peaceful persuasion distinguish coercive persuasion due to the specific conditions where others conduce them. For example, they traditionally visualize coercive force in physical terms. In this form, it’s easily definable, clear-cut, and unambiguous. Unfortunately, coercive psychological force isn’t easy to see or define.

Likewise, the law states that even coercion shouldn’t involve physical force. Furthermore, it even recognizes that systems can threaten and coerce psychologically individuals by what they perceive to be dangerous. For example, the law recognizes threats of economic loss, social ostracism, and ridicule.

Why exactly are coercive systems harmful? Firstly, coercive psychological systems violate our most fundamental concepts of basic human rights. Likewise, they violate the rights of individuals the First Amendment to the United States Constitution guarantees. And it also violates the rights many declarations of principle worldwide affirm.


Interesting Facts About Motherhood
There are several interesting facts about motherhood that speak of the enormous dedication a woman requires to be a mother, it’s a lifetime. Read more »

A Lack of Vitamin B12 Can Cause Cognitive Decline