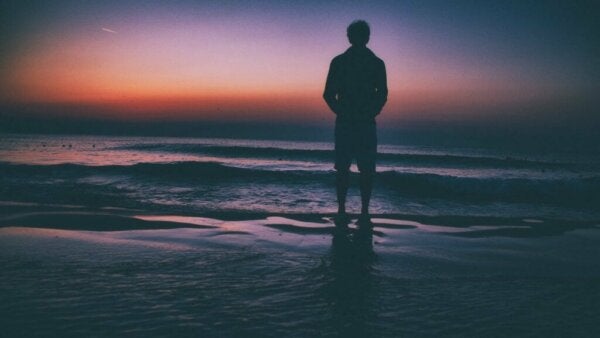 Hopelessness in depression is a rather debilitating reality. It’s a feeling of utter emptiness and a belief that nothing you do will make things better. It takes away all of a person’s self-worth and leads to fatigue, lack of self-esteem, and even suicidal ideation in many cases.

Søren Kierkegaard, the 19th-century Danish philosopher and father of Existentialism, used to say that depression becomes a curse when mixed with despair and hopelessness. He defined it as a spiritual disorder. One in which a person ceases to find meaning. Nothing could be more annihilating than living in that nothingness where one loses even the capacity to love.

Everything fails and vanishes beneath one’s feet when depression pairs up with hopelessness. As striking as it may seem, Kierkegaard’s idea fits the cognitivist conception established by psychologist Aaron Beck in the 1960s very well. For the latter, there was a type of depression where the internal attribution was so negative that it plunged the human being into a rather painful clinical picture.

“The bravest thing I ever did was continuing my life when I wanted to die.”

Hopelessness in depression, the emptiness that ensnares

The concept of hopelessness has always been somewhat neglected within the literature of psychopathology. Moreover, studies such as the one conducted by Dr. Marc Bürgy from Heidelberg University, Germany, point out that the subjective experience of this dimension is behind such serious realities as suicide. Thus, hopelessness in depression should be more relevant from a phenomenological point of view.

There’s one thing that undoubtedly structures this topic: that hopelessness is usually behind major depression. Knowing this, the next questions to ask would be: What’s the symptomatology of this condition? What does hopelessness in depression look like?

Treatment for hopelessness in depression

Abramson, Metalsky, and Alloy (1997) formulated an interesting theoretical proposal on the theory of hopelessness in depression. According to it, this psychological condition is always based on cognitive vulnerability.

In other words, people create thinking styles where they tend to anticipate negative events. Where their own internal attribution is limited to destroying their self-esteem and each mental process ends up invalidating them and plunging them into a state of absolute helplessness.

Below, we share some strategies that could help people deal with hopelessness in depression.

The layers of depression

There are different types of depression, as you well know. However, most of them consist of several layers, cloaks that suffocate you and your values, strengths, and perspectives. Thus, one of the thickest and outermost layers is that of hopelessness and despair. Both generate the emotional and behavioral responses that shape depression.

Thus, you must eliminate and disempower them.

Hopelessness in depression creates a feedback loop. The way it originates is through the following cycle of thoughts:

“I know I’m depressed and being this way makes me despair. I feel sad and I don’t like myself this way. In the end, I assume a passive, avoidant, and hibernating attitude. Assuming this attitude further extinguishes my hopes, because I feel useless and unwilling.”

Questioning beliefs to separate each layer

As you can see in the above example, each mental focus feeds the next and creates layer after layer. Depression becomes part of a person’s being. Ideally, you shouldn’t nurture this process. Thus, stop reinforcing that reality, through passivity or surrender, if you’re aware you’re feeling bad.

Instead, question yourself and try to demolish any counterproductive beliefs such as “Nothing ever works for me” or “I’m worthless”. Ask yourself why you’re feeling this way, find the origin, and come up with some proposals to revert it all.

Hopelessness feeds on your energy

Hopelessness is a black hole that engulfs every glimmer of light, every particle of illusion, and every fragment of optimism. Thus, feeding it is a huge mistake. However, you can’t always stop throwing the few remnants of strength and luminosity you still have on it. Either because you lack courage, have no support, or simply because you don’t know how to do it.

In these cases, it’s important to seek specialized help. This is because you can’t do it alone, especially when despair in depression leads you to that abyss where the most extreme and dangerous ideas arise. Thus, avoid going there by reacting in time. There’s a treatment for depression, and you can trade such harmful mental schemes with other more flexible, powerful, and resilient ones.

This is something you should keep in mind. 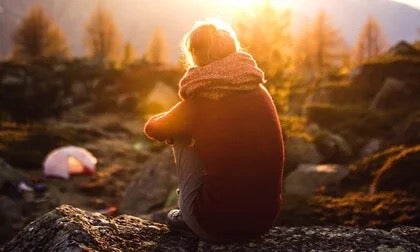 The Opposite of Depression Is Vitality, not Happiness
We have a tendency to think of the opposite of depression as happiness. However, this isn’t the case. Find out more in this article. Read more »

The post Pain and Hopelessness in Depression appeared first on Exploring your mind.

The Ego – The Boastful Voice that Drowns Out Humility

Lyme Disease and its Psychological Symptoms