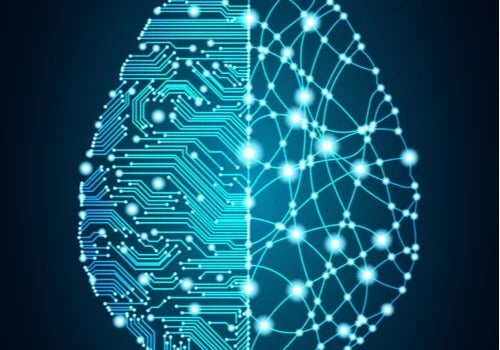 Psychology is the scientific discipline that studies mental states, processes, and behavior in humans and other animals. This discipline is broadly divisible into two parts. Firstly, there’s a large profession of practitioners. Secondly, there’s a smaller but growing science of mind, brain, and social behavior. Though both have distinctive goals and practices, some psychologists integrate the two.

In other words, psychology is the study of the mind and behavior. According to the American Psychological Association (APA), it’s the study of the mind, how it works, and how it affects behavior. The APA also states that it “embraces all aspects of the human experience – from the functions of the brain to the actions of nations, from child development to care for the aged”.

This discipline includes many sub-fields of study such as human development, sports, health, clinical, social behavior, and cognitive processes. Psychology is actually a very new science, with most advances happening over the past 150 years or so. However, its origins date back to ancient Greece, 400-500 years BC.

Although psychologists and psychiatrists work together to help people with mental health conditions, they aren’t the same. To clarify, psychologists treat a patient through psychotherapy, helping to relieve symptoms through behavioral change. The psychiatrist’s role is prescribing medication and other interventions to manage mental health conditions.

“Psychology, unlike chemistry, unlike algebra, unlike literature, is an owner’s manual for your own mind. It’s a guide to life.”

The science of psychology

The science of psychology benefits society and enhances our lives. Psychologists examine the relationships between brain function and behavior. Next, the environment and behavior, applying what they learn to illuminate our understanding and improve the world around us.

Curiosity is part of human nature. One of the first questions children learn to ask is “why?” As adults, we continue to wonder. Using empirical methods, psychologists apply universal curiosity to collect research data. This allows them to better understand and solve society’s most challenging problems.

Psychologists then employ the scientific method. After that, psychologists apply the understanding gleaned through research, creating evidence-based strategies. These solve problems and improve lives. The result is that psychological science unveils better ways for people to exist, thriving in a complex world.

Psychology is a varied field. Psychologists conduct basic and applied research, serve as consultants to communities and organizations, diagnose and treat people, and teach future psychologists and those who will pursue other disciplines. For instance, they test intelligence and personality.

Many psychologists work as health care providers. They assess behavioral and mental functions and well-being. Other psychologists study how humans relate to each other and to machines, working to improve these relationships. Likewise, psychological research application decreases the economic burden of disease on society.

The science of psychology is pervasive. Psychologists work in some of the nation’s most prominent companies and organizations. From Google, Boeing, and NASA to the federal government, health care organizations, research groups, Disney, and NASCAR – psychologists are there, playing important roles.

There are different types of psychology that serve different purposes. There’s no fixed way of classifying them, but here are some common types:

Other branches include military, consumer, educational, cross-cultural, and environmental psychologists. Believe it or not, the number of branches continues to grow.

Surprising psychology myths and the science behind them

Much of what you know about psychology may be a lie. Over the last several decades, there was a rise of dozens of myths. These gave people a false sense of understanding about how their brains operate and how to interpret other people’s behaviors.

Here, our goal is to teach the true science that drives our thoughts and behaviors. So, we decided to conquer three popular myths and explain the science behind why they’re false.

People are creative when they brainstorm in groups

Today’s business world is more eager than ever to promote collaboration. However, it bases solely on the popular belief multiple heads are better than one. We do benefit from getting feedback and learning from one another. But it’s a myth that groups can brainstorm more and better ideas than individuals.

According to the American Institute of Graphic Arts, and many other researchers, group brainstorming sessions are the exact opposite. Above all, they limit creativity instead of enhancing it.

It’s a myth that when dating, you’re likely to be attracted to people who are very different from you. The main reason why this myth is so popular is that people believe the false logic. Certainly, they believe potential partners with opposite traits attract us as they’ll create a balanced relationship.

In contrast, research shows the opposite is true. We’re drawn to potential partners who are similar to us. Not only that, but similarity indicates long-term relationship success. In fact, similar people typically agree on more things, sharing the same communication preferences.

The different types of psychotherapy

Are you trying to manage anxiety or depression but don’t know where to begin? You’re not alone. The psychotherapy world is confusing to those new to it. There’s a range of therapeutic approaches, yet no single type is right for everyone. To help you get familiar with the approaches, here’s a guide to four widely-practiced forms:

Cognitive behavioral therapy is a short-term, goal-oriented therapy focusing on the link between our thoughts and our actions. It helps people change thought patterns that cause unhealthy, unproductive, or incapacitating behaviors.

Psychotherapists often use this approach with people suffering from anxiety, depression, stress, or phobias. It’s also popular among people seeking to overcome harmful habits and addictions, such as smoking, overeating, or gambling.

Its goal is to help you understand negative feelings and repressed emotions. This way, you can resolve internal conflicts and improve life experiences. Lastly, people with depression, anxiety, and panic disorders seek this approach.

DBT is a form of cognitive behavior therapy. Its main goal is to give people the skills to regulate their emotions and handle stress in a healthy manner. Likewise, it improves relationships and lives.

Though created for people with borderline personality disorder, DBT is used to treat mental conditions. In addition, it’s especially helpful for people with seemingly uncontrollable and intense negative emotions, willing to self-harm.

“The ego isn’t master in its own house.”


Hacking of the Brain: Is it Possible?
Hacking of the brain sounds like something from a sci fi movie. However, we don’t have as much free will as we think. This article explains. Read more »

The post Everything You Need to Know About Psychology appeared first on Exploring your mind.