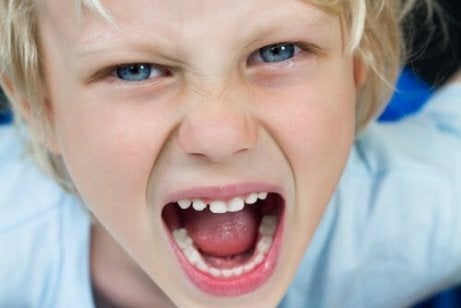 The turtle technique helps children with tantrums discover their emotions from an early age. In this case, we’re talking about anger and frustration.

All children have tantrums. They usually throw them out of frustration when they don’t get what they want. Or they do it in order to get their way. In any case, it’s very common and it’s evidence that they don’t know how to control their emotions. That’s why the turtle technique is a good way to teach them how to do that.

You can use the turtle technique at home, but also in classrooms. In addition, it can be beneficial for children who have ADHD. The article “Cognitive-behavioral treatment for disruptive behavior of a child with ADHD and oppositional defiant disorder” states this.

When a child becomes angry or has an impulsive reaction that ends up in a tantrum, the first thing to do is to remember the story of the little turtle Manolita. It goes like this:

Manolita is a little turtle that’s always in trouble. When an activity doesn’t work out right, she feels very upset and gets angry. Also, this happens when the teacher scolds her for talking in class. If a classmate pushes her, she kicks him. Because of this, the teacher tends to punish her or no one wants to play with her.

All of this makes Manolita feel very sad, even though she can’t help getting angry when she’s in those situations. One day, when coming home from school, she found an old and wise turtle that said to her:

“Manolita, Don’t you know that the solution to all of your problems is to find a shell? When you find yourself in a situation and you don’t know how to handle it, put yourself in a shell and count to 10.”

So, the little turtle decided to put this into practice. At recess, when a friend kicked her by mistake playing soccer, she went into her shell. Then, she counted to 10. When she came out, she wasn’t so angry! So she kept playing and having fun until recess was over. In fact, this strategy helped her put things in perspective and everything got better.

Her classmates no longer rejected her, the teacher stopped punishing her, and she felt much better and happier. Thus, Manolita kept using this strategy she learned from the older turtle. And it worked!

Self-control in the turtle technique

The turtle technique can be used at any age. However, the sooner this is put into practice, the better. That’s why it’s a good idea for children to learn the story of Manolita in preschool.

In addition, there are different ways to work with this technique. Actually, there’s not just one way to tell the story to children and that’s it. They should learn how and when to use this technique. There are very useful resources for this.

Using this word is a technique taken from the article “Attention-deficit with hyperactivity in my preschool classroom”. When a child is angry because of being punished or because a classmate has done something, the teacher or one of the parents should say “turtle”.

When they say that word, the child has to hug their legs and put their head on them and close their eyes, pretending that they’re inside a shell. For several seconds, they should tense all of their muscles, breathe deeply, and count to 10. Next, getting out of that position, their muscles will relax and the child will feel calmer.

The shape of a shell

Preschool classrooms tend to have toys. Because of this, another way to be in control of their emotions can be to have a small house outside. This can seem like a turtle shell and represent one.

When the teacher says the word “turtle” in a loud voice, the child that’s angry or having a tantrum should go in the house. Next, they should close their eyes and count to 10. Also, inside the house, they can use the previous technique of tensing their muscles. After this, they’ll be much calmer.

The turtle technique at other ages

Why is it important for the turtle technique to be put into practice from an early age? The reason is that this will be an automatic strategy. It’ll help them control their emotions that they have due to their maturity level and they can overcome them. This way, you’ll contribute to their adaptation to hostile environments, laying a valuable foundation that will serve them in their adolescence. This way, emotional education, like that of many other types of disciplines, has some very powerful effects when begun in early childhood.

As you’ve seen, the turtle technique is a way to mature emotionally, but there are many others. Any of these, well-directed and implemented, will contribute to the box of emotional tools that you have with you. 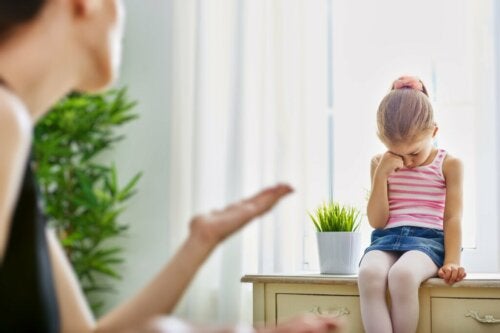 How Punishing Children Affects Their Brain
The effect of punishing children is a much-debated topic, especially in recent years. It’s the basis of traditional child-rearing systems. Read more »

The post The Turtle Technique for Children’s Tantrums appeared first on Exploring your mind.