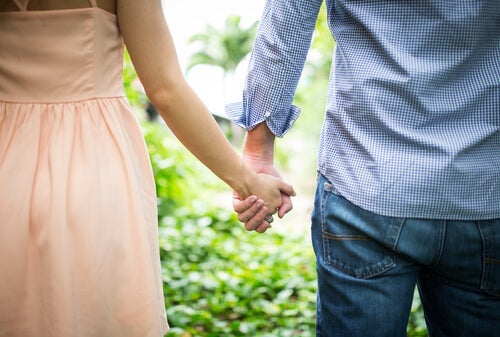 Chances are that you’ve encountered a person in your life who demonstrates toxic qualities. There’s an equally significant possibility you still remember how the toxic people made you feel.

You may have then realized this “friend” or family member was no good. Kudos to you. It isn’t easy and not everyone has the strength to do so.

But it’s hard to distinguish between feelings of love and friendship and feelings of guilt and manipulation. Manipulative people are really good at purposefully confusing others. We’ve all had toxic people dust us with their poison. Sometimes, it’s more like a drenching.

Difficult people are drawn to the reasonable ones. Sadly, all of us likely have at least one toxic person in our lives. They have us bending around ourselves like barbed wire in endless attempts to please them. But we never really get there. Their damage lies in their subtlety. The way they engender that classic response, “It’s not them, it’s me”.

They can have you questioning your “over-reactiveness”, your “oversensitivity”, and your “tendency to misinterpret”. You’re the one who’s continually hurt, and the one adjusting your behavior, avoiding being hurt, it’s not your fault. Chances are that it’s not you and it’s very much them. In fact, being able to spot their harmful behavior is the first step to minimizing their impact.

You might not be able to change what a toxic person does. However, you can change what you do with it. Besides any idea that toxic somebody in your life might have that they can get away with. There are plenty of things toxic people do to manipulate people and situations to their advantage. Here are a few of them. Knowing them will help you to avoid falling under the influence.

What exactly is a toxic person?

Do you know someone who’s difficult and causes a lot of conflict in your life? You may be dealing with a toxic person. Toxic people create stress and unpleasantness for you and others, not to mention emotional or even physical pain.

A toxic person is anyone whose behavior adds negativity and upset to your life. Many times, people who are toxic are dealing with their own stresses and traumas. To do this, they act in ways that don’t present them in the best light. Besides, this usually upsets others along the way.

Toxicity in people isn’t considered a mental disorder. But there could be underlying mental problems that cause someone to act in toxic ways, including a personality disorder. Here are some warning signs to watch out for if you think you’re dealing with toxic people. You probably:

Has someone made you experience these feelings? They may be toxic. Be careful. If you constantly have such overwhelming emotions, you may want to change the relationship or stop the relationship entirely.

1. They’ll exaggerate and be judgmental

Using judgmental phrases such as ”You always” and “You never”. It’s hard to defend yourself against this form of manipulation. Somehow, toxic people have a way of drawing on the one time you didn’t.  With exaggeration, they also forcefully point out the one time you did as evidence of your shortcomings. Don’t buy into the argument. You won’t win. You don’t need to.

They’re utterly judgemental. We all get it wrong sometimes but toxic people will make sure you know it. They’ll judge you, taking a swipe at your self-esteem, suggesting that you’re less than because you made a mistake. We’re all allowed to get it wrong now and then. But unless we’ve done something that affects them nobody has the right to stand in judgment.

2. They’ll trap you in their psychological manipulation game

Psychological manipulation is when toxic people use mind games to control a relationship. There’s a secondary goal as well, to undermine, confuse and bring down the targeted person. If you feel as though you’re the only one contributing to the relationship, you’re probably right. Toxic people have a way of sending out the vibe that you owe them something.

They also have a way of taking from you or doing something that hurts you. Then, they’ll maintain they were doing it all for you. Unluckily, this is particularly common in toxic workplaces or relationships where the balance of power is out. “I’ve left that six months’ worth of filing for you”.

“I thought you’d appreciate the experience and the opportunity to learn your way around the filing cabinets.” Or “I’m having a dinner party. Why don’t you bring dinner for ten? It’ll give you a chance to show off those kitchen skills.” Don’t fall into this nonsense. Stand up for yourself. You don’t owe anybody anything.

If it doesn’t feel like a favor, it isn’t. Unfortunately, the most harmful thing about manipulation is that you don’t realize it’s happening. Many people don’t know they’re being manipulated until it’s too late. You know you’re being manipulated when you’re doing, saying, or believing things that serve them, as opposed to you.

Healthy people encourage and empower you to be your best. Manipulators tell people that they know what’s best for you, using it as a tool to put you down. These concrete signs will hopefully help spot when someone is manipulating you.

3. They’ll keep you guessing about which version of them you’re getting

They’ll be completely lovely one day, and the next you’ll be wondering what you’ve done to upset them. There often isn’t anything obvious that’ll explain the change of attitude: you just know something isn’t right. They’re prickly, sad, cold, or cranky, and, when you ask if there’s something wrong, the answer’s likely “nothing”.

But they’ll give you just enough to let you know that there’s something. The “just enough” might be a heaving sigh, a raised eyebrow, or a cold shoulder. When this happens, you’ll find yourself making excuses for them or doing anything to make them happy. See why it works for them? Stop trying to please them. Toxic people figured this out a long time ago.

They know that decent people will go to extraordinary lengths to keep the people they care about happy. That’s why they behave the way they do. If your attempts to please aren’t working or aren’t lasting for very long, maybe it’s time to stop. Walk away and come back when the mood has shifted.

Keep in mind that you aren’t responsible for anybody else’s feelings. If you’ve done something unknowingly to hurt somebody, ask, talk about it and if need be, apologize. At any rate, you shouldn’t have to guess.

The healthiest thing you can do is to walk away, remove toxic people from your life. But it’s usually not that easy. Follow these inspirational tips on how to properly deal with toxicity:

Healthy relationships with mutual respect are essential for a healthy, well-balanced life. Toxic relationships involve selfishness and inequality. If the negative moments outweigh the positive ones, consider reevaluating your relationship.

Knowing the favorite go-to’s of toxic people sharpen your radar, making the manipulations easier to spot and easier to name. Knowing the characteristic signs of a toxic person will help you catch yourself before it’s too late.


Love Is a Shared Journey
Do you believe in soul mates, or do you understand that love is a shared journey? That’s what we’re talking about today. Read on! Read more »

The post Toxic People: Things They Do and How to Deal with Them appeared first on Exploring your mind.