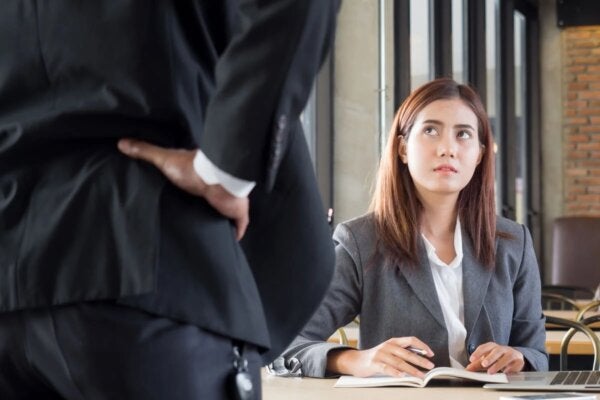 Deviant leaders have two distinctive traits. Firstly, they’re influential. Secondly, they act against the interests of those within their power. They don’t necessarily exhibit outlandish behaviors or possess particularly cruel traits. Nevertheless, they do a lot of damage.

The word deviance isn’t always understood. It refers to those who stray from “normal” behaviors in a destructive way. In this particular case, it characterizes a person who doesn’t want to build cooperative and empathetic bonds with others.

Deviant leaders often do things to undermine groups, as well as the individuals that compose them. In addition, they exert meticulous control, mostly to obtain praise. They also break the rules often.

Here are a few of the traits they tend to exhibit.

“All things may corrupt when minds are prone to evil.”

They often possess abundance and adherence. Abundance refers to skills, resources, knowledge, or other aspects they stand out in. This factor often attracts others. It also strengthens the deviant leader’s authority over them.

Adherence refers to the deviant leader’s capacity to convey enthusiasm and passion. It’s as if their emotions are contagious. In fact, they tend to attract others like magnets.

This means that these leaders set goals that are destructive, even though they initially seem pleasant. A good example of this is a gang leader.

A deviant leader has the ability to discover or enhance deviant traits in others. Naturally, we can all behave badly under certain circumstances. However, this type of leader doesn’t discourage or stop this type of behavior. Indeed, they enjoy harming and destroying others. Furthermore, they encourage others to misbehave.

This trait is more visible in deviant leaders with some kind of formal power. In one way or another, they establish a kind of logic that prejudices people against each other. In addition, they encourage unhealthy competition and promote conflict. However, this might be carried out in a very subtle way.

These types of leaders consider the weak uniting dangerous for them. For this reason, they seek to destroy the trust of each individual. This guarantees greater control over a group and also increases their power over others.

Most deviant leaders are very intelligent or, at the very least, extremely cunning. They also tend to be charismatic and don’t particularly care what others think of them. This gives them an aura of certainty and strength.

Their abilities, but above all their character, make them feel superior. Furthermore, their “public’ tends to reinforce this idea. Consequently, they’re extremely narcissistic. This means they have no empathy for others. In fact, they find it difficult to relate to anything outside of themselves. However, this kind of personality can easily be overthrown if their power becomes threatened.

As we mentioned above, these people are usually remarkably intelligent. Furthermore, they tend to possess a certain kind of practical intelligence. They use this, often paradoxically, to “understand” people. In fact, they mentally capture the behavior of others but don’t become sensitive to them in any way. They simply want to manipulate them.

The intelligence of these types of leaders is also characterized by a lack of ethics. In fact, while these kinds of people rarely become violent criminals, they frequently break both the rules and the law. Indeed, they both damage and destroy. However, they don’t do this to get rid of others but for the satisfaction they gain by bewildering and belittling them.

Deviant leaders tend to be underestimated in two ways. Firstly, they don’t exhibit particularly shocking behaviors. For this reason, others don’t tend to see them as “deviant”. In fact, they’re more likely to be considered bold, daring, or troublesome.

Secondly, deviant leaders underestimate their own ability to harm others. In fact, for them, a minor crime isn’t a crime at all but more of a game or a challenge. Consequently, they feel no remorse for it. In fact, they don’t see anything negative or objectionable about their behavior at all. If something bad happens, they certainly don’t consider it important enough to change their behavior.

These types of leaders usually attract the kind of people they can take advantage of. For example, if they’re at the head of a workgroup, they’ll often shame, humiliate, deceive, and display all kinds of behaviors to make anyone who criticizes them feel bad.

In short, although these leaders aren’t dangerous, they’re certainly harmful. 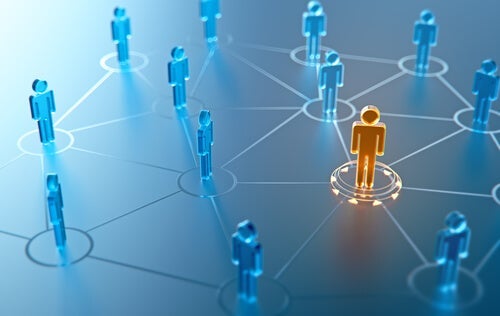 Leadership Theories: Why Are Some Leaders More Successful?
Why are some leaders successful and others aren’t? In this article, we’ll analyze the main leadership theories and try to answer these and other questions. Read more »

The post Deviant Leaders: How to Identify Them appeared first on Exploring your mind.