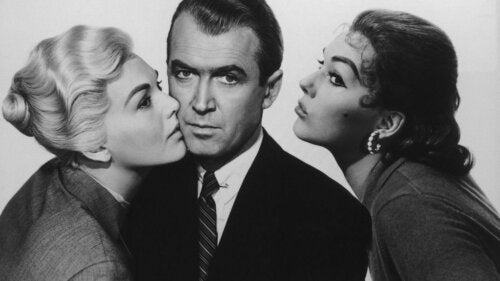 Some family films are quite moving and can inspire you to reflect on your values, thoughts, and opinions about any topic in life. Have you ever cried your eyes out with the stories of many movie characters? This can even lead you to rethink certain ethical and moral values in your family environment.

The thing is that cinema shows you many scenarios through stories that, real or not, often reach the deepest part of your heart. Every film has a message that makes you feel and identify with the plots. This is probably because everyone has a family.

In one way or another, almost everyone has grown up in the bosom of a family nucleus, be it an extended family, single parent, adoptive, etc. The truth is that watching films about these issues can be a less expensive substitute for a therapy session, especially when the characters have some kind of psychological problem.

Cinematography has many proven health benefits. In fact, they can be encompassed under the category of film therapy.

Psychologist Gary Solomon, author of two books on film therapy, says that the idea is to choose films with themes that reflect the problems of your current situation. For example, when dealing with addictions, experts recommend Trainspotting or Leaving Las Vegas. Are you having relationship problems? You should watch Pretty Woman or When Harry Met Sally. Furthermore, watch American Beauty if you think you might be homophobic.

According to film therapy, and as a study conducted by the Florida Institute of Technology stated, the following films are highly recommended. This is because they deal with family problems from a healing perspective. These four films are a reflection of a person’s life and particular situations that could happen to others.

Crimes of the Heart centers on three sisters who decide to get together in the oldest sister’s house. Her name is Lenny and she lives with their grandfather. She obtained the guardianship of her two sisters after their mother’s suicide. Each one of them has a different story and they soon begin to clash.

Moreover, Lenny can’t have babies, while Meg is a frustrated singer who had a nervous breakdown. Then there’s Babe, the youngest sister, who’s on probation after shooting her husband. They’ve all struggled and feel lonely, as they lack the “apparent” support of any of their other sisters. This is due to their “differences” in personality or worldviews.

However, the three of them get together around a huge birthday cake in the final scene. It’s a beautiful and nostalgic moment that reflects the common feeling that they’ll always be a family, no matter what.

Parenthood is a film about the difficult relationship between siblings. One of the sisters is divorced, has children, and their father wants nothing to do with them. Then there’s the other sister, who’s a vegetarian scholar. The brother has a gambling addiction.

The father of the three, having lived without the love of his father, tries to unite them. Sometimes he succeeds, but sometimes he doesn’t. The film shows their sorrows and conflicts about love, doubts, and worries. It shows what being a father is like from a comical and cheerful perspective.

Family films about childhood trauma: Sybil (2007) and The Three Faces of Eve

Sybil Dorsett is a student who’s diagnosed with female hysteria by psychiatrist Dr. Atcheson. Then, he refers her to the psychiatrist Cornelia Wilbur, who evaluates her mental disorder. This is when Sybil confesses that she’s experienced emotional, physical, and sexual abuse by her mother.

With therapy and after several hypnosis sessions, Wilbur recognizes up to 16 different personalities of different ages and characteristics in the young woman. In order for Sybil to heal, she must be willing to recognize all her identities.

The Three Faces of Eve was a turning point in the relationship between cinema and psychology. Eve White is a shy housewife who experiences headaches, dizziness, and periods of amnesia.

She begins psychiatric treatment and, as the days go by, develops a psychiatric dual personality disorder or depersonalization-derealization disorder (DPD). This is because she developed three rather different personalities.


How the Film Vertigo Explores Psychoanalysis
Trying to describe everything about the film Vertigo by Alfred Hitchcock in one article is impossible. Every little detail is meaningful. Read more »

The post Four Family Films that Can Heal Wounds appeared first on Exploring your mind.