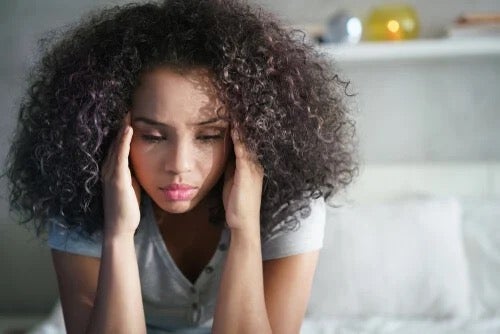 Wessler’s cognitive analytic therapy is a short-term cognitive therapy. It has certain things in common with other cognitive therapies. However, it approaches motivation in a different way. In fact, it assumes that emotion drives behavior as opposed to schémas.

Cognitive analytic therapy aims to treat certain personality disorders. It considers these disorders as dimensions rather than categories. The therapy bases itself on Millon’s Multiaxial Clinical Inventory, combined with a life history questionnaire.

Cognitive analytic therapy integrates cognitive, affective, and interpersonal processes. It suggests that your thoughts about yourself, others, and situations influence your emotions and actions.

It’s based on the basic premise that, as a human being, you’re governed by certain “personal rules of life”. These rules can be both implicit and explicit. They present an idiosyncratic version of yourself. This is based on the relationships between your cognitive and social aspects, as well as your moral and ethical principles.

Some of these personal rules are statements that you might think about reality. For example, that if you’re nice to others, they’ll also treat you nicely. Other rules are prescriptive and are based on moral principles and social values. For instance, you should treat others nicely because it’s morally correct.

Wessler believes that emotion influences cognition. This idea also forms a part of Beck’s cognitive model. Wessler considers the therapeutic relationship as an extremely important resource. In fact, it should be warm, accepting, and encourage self-disclosure.

When a person maintains a belief about real life that they know isn’t really true, this is called “justifying cognition”. In other words, the belief is justifying how the person feels. In addition, the person has a psychological need to maintain this particular feeling, even if it isn’t actually correct.

For example, one student claimed she was stupid even though she continually obtained excellent grades. Hence, she was maintaining those feelings of shame and anxiety. Therefore, her emotion was appropriating the way in which she was thinking.

There are also security-seeking behaviors that are based on a person’s irrational core beliefs. When they employ these behaviors, people tend to repeatedly carry out actions that are familiar to them. These actions produce certain emotional states in the person, which give them a feeling of psychological security. Some of these strategies are behavioral. For example, a person tries to perform a task they’re perfectly competent to do. However, they consciously fail and then feel embarrassed and depressed about it.

Other security-seeking behaviors are interpersonal. These involve performing behaviors that trigger predictable responses in others. For example, being rude to a co-worker and then feeling humiliated when they’re rude back.

The emotional states associated with justifiable cognition and security-seeking maneuvers are called personotypic emotions. These are feelings that the person is used to experiencing. In fact, these feelings act in such a way as to confirm the individual’s own sense of self. Furthermore, people are usually motivated to look for these kinds of emotions, even if they’re negative. It’s a kind of a throwback to family suffering. For example, if a businessman was humiliated in his childhood, he’ll continually try to re-experience that humiliation as an adult.

When emotional states deviate from a “fixed point”, unconscious processes are activated in the person. This returns their emotional system to its fixed state. Hence, the humiliated person returns again and again to that same humiliating state.

Wessler’s cognitive analytic therapy pays special attention to two emotions. These are shame and self-pity. Shame concerns a person’s personal defects and feelings of inadequacy. Self-pity occurs when someone believes they’re the victim.

Sometimes, self-pity can mitigate shame. This means that shame moves from the person themselves to external factors they have no control over.

These are two emotions that a person sometimes employs to justify self-indulgent behavior they’ve engaged in to comfort themselves. This could be overeating, drinking alcohol, compulsive shopping, etc.

The way cognitive analytic therapy works with these emotions is, first of all, to give patients information about their nature. Secondly, to urge them to take responsibility for their decisions and actions.

In fact, they must reformulate their opinion of themselves as being a passive victim of others and take action accordingly. The therapist encourages patients to act on their own behalf. However, this is in such a way that satisfies the patient’s own consciously maintained personal rules of living.

By motivating the patient to act for themselves, the passive nature of certain personality disorders, such as dependent or histrionic conditions are addressed.

The therapist also encourages the patient to be self-confident. This weakens the exploitative nature of other personality disorders such as narcissism and other antisocial disorders.

Therapists carry out cognitive analytic therapy by helping patients find forms of self-appeasement. This allows them to deal with disturbing emotions. The therapist uses self-instruction, self-encouragement, and appeasement procedures. These techniques are very similar to those used in classic cognitive therapies such as Beck’s or Ellis’s REBT, as mentioned earlier. 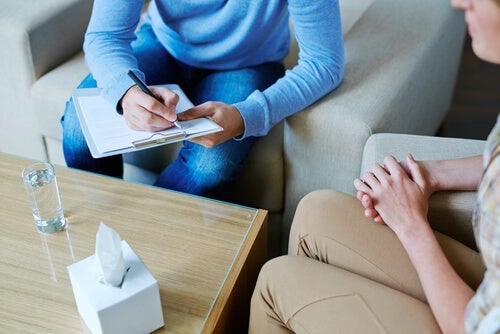 Cognitive Behavioral Therapy
For more than three decades, cognitive behavioral therapy has proved to be one of the most effective psychotherapeutic methods. Read more »

9 Ways to Look After Your Emotional Wounds